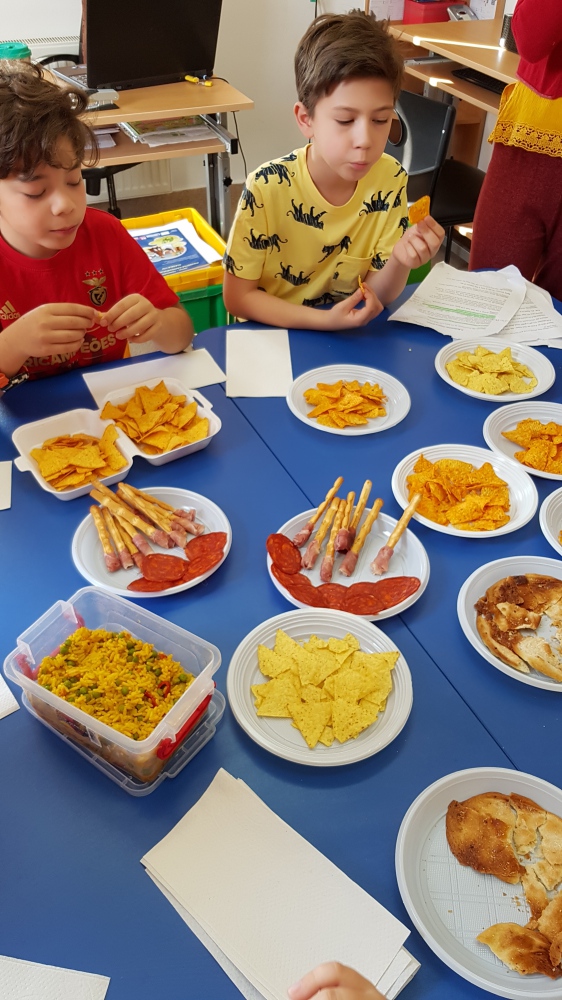 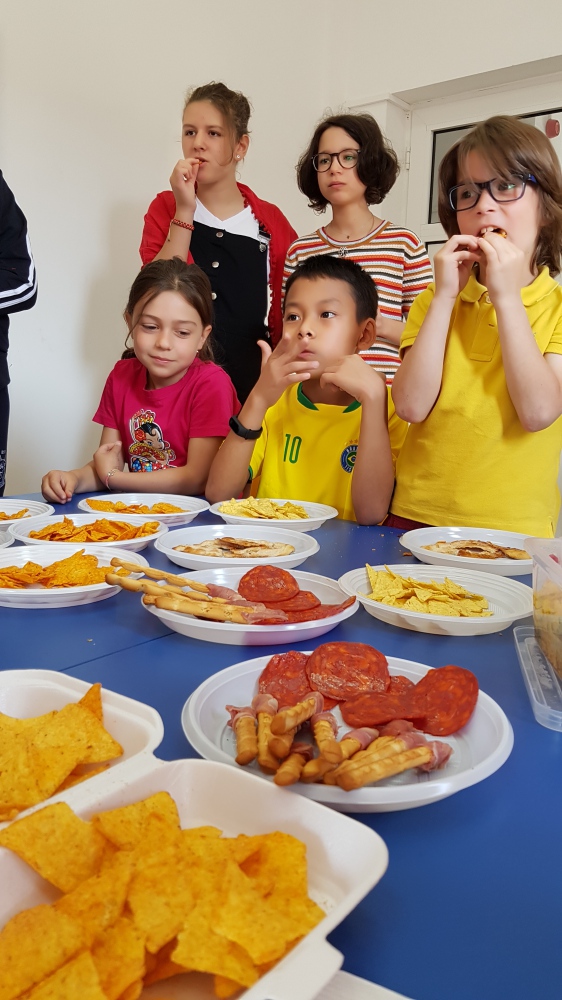 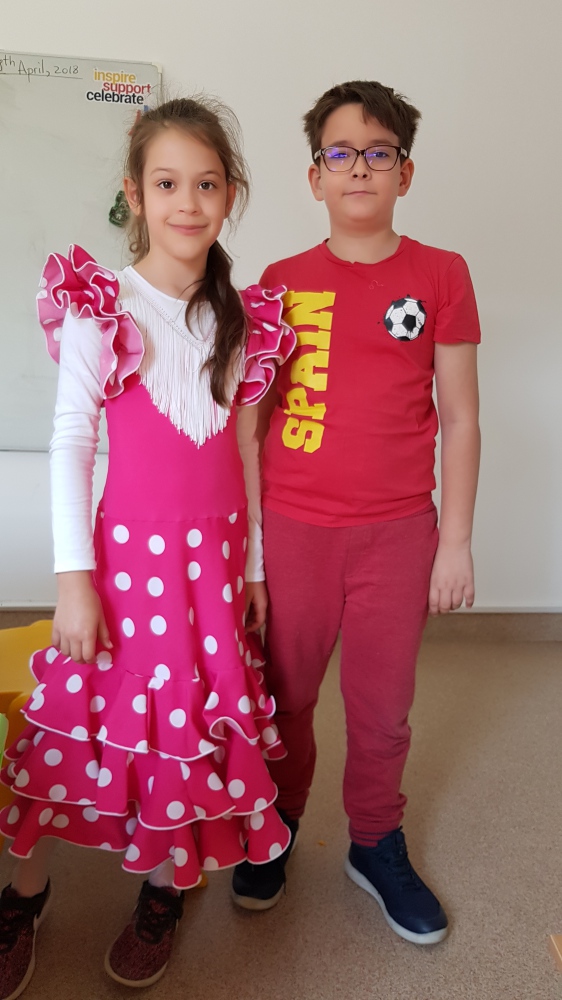 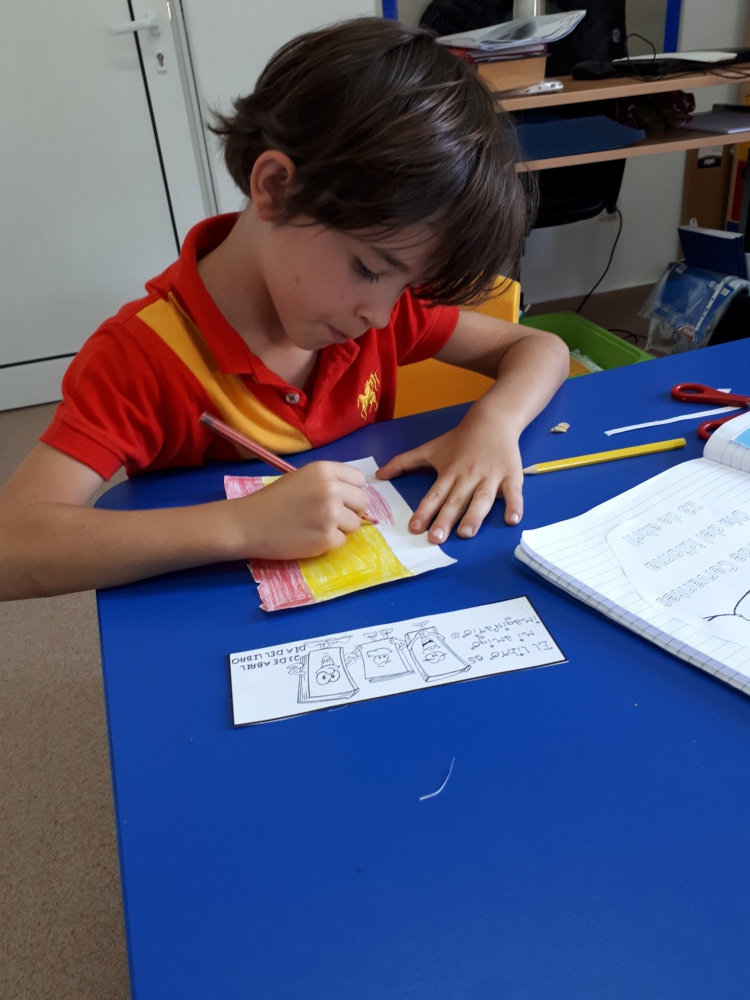 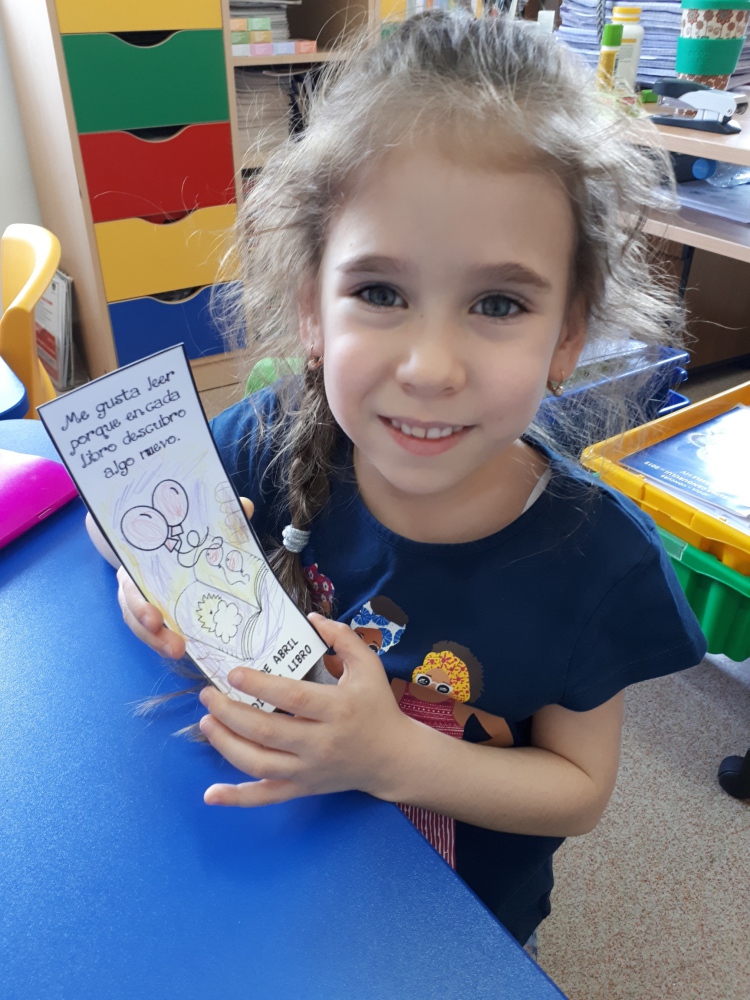 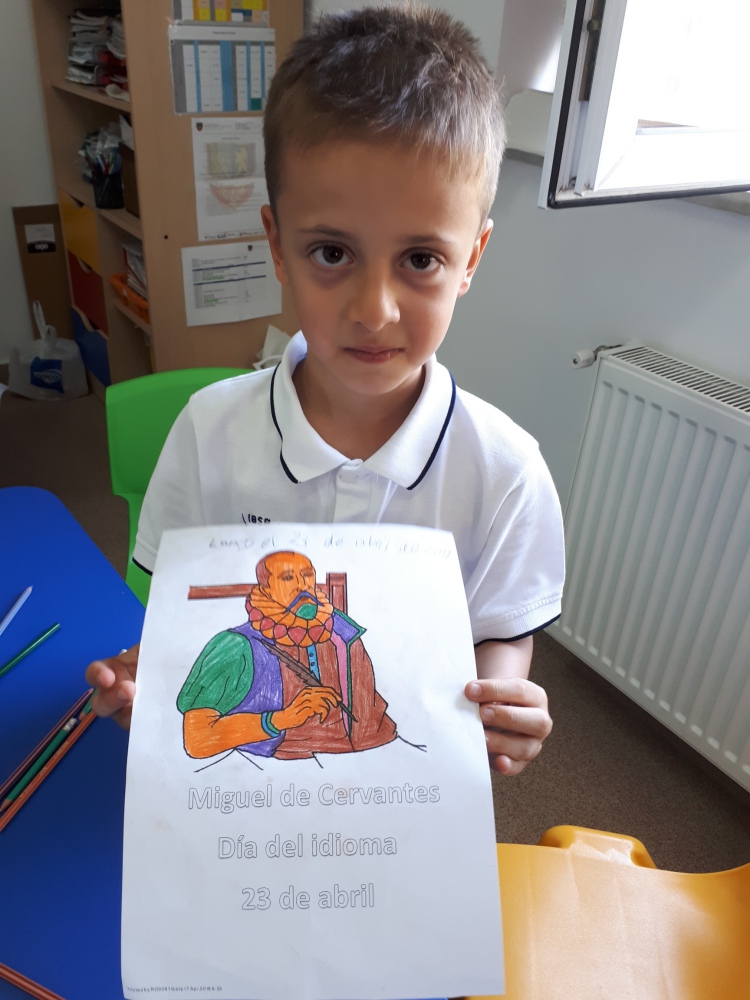 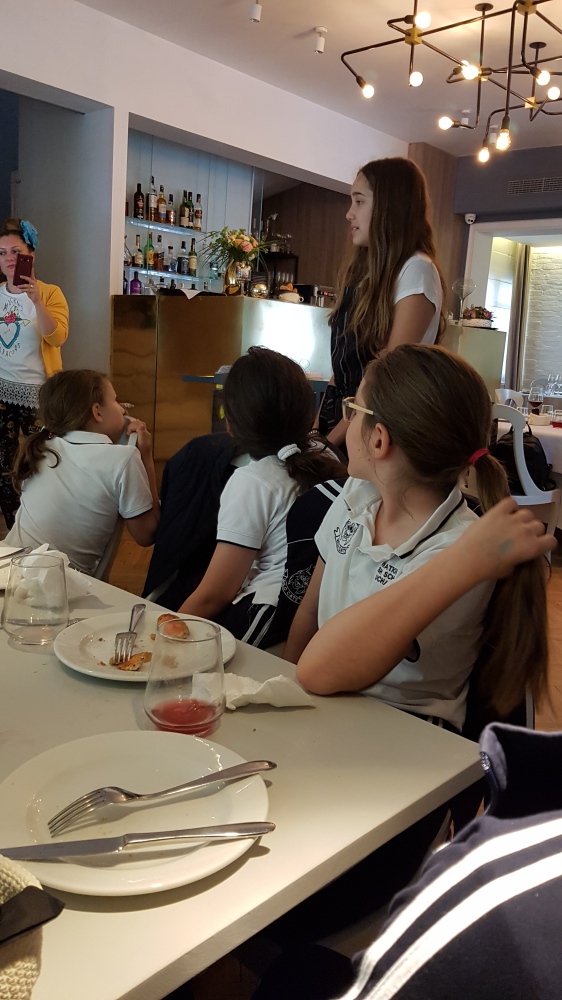 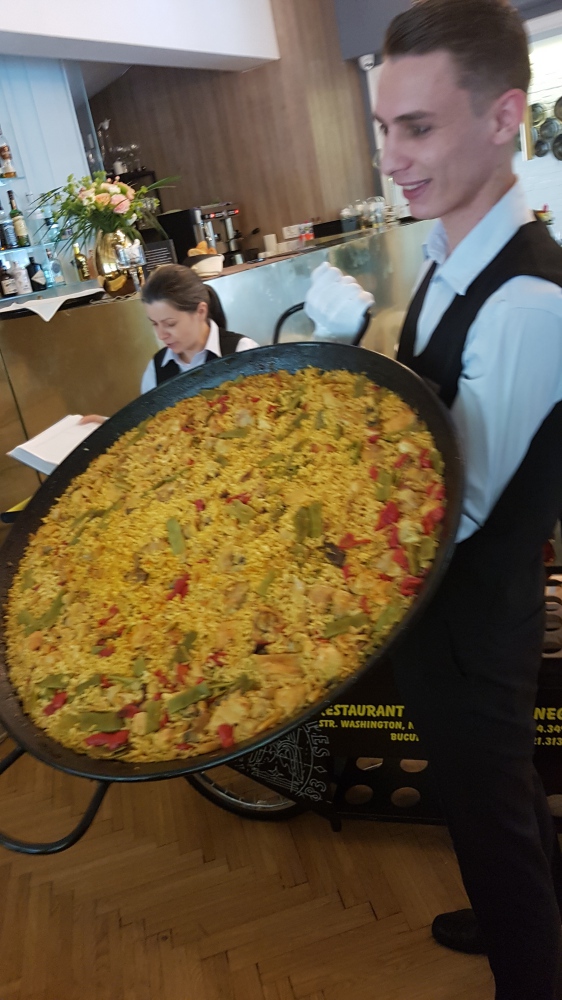 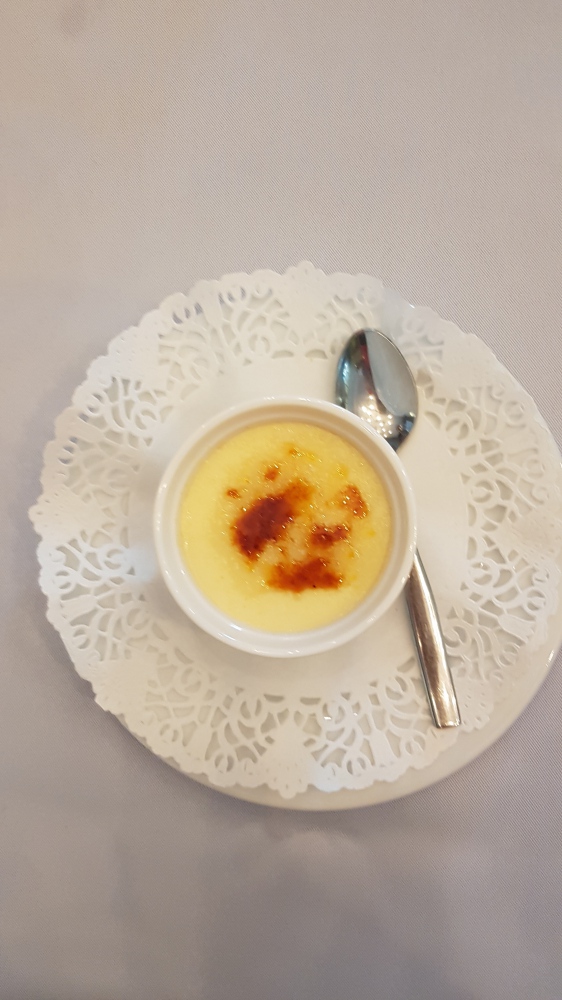 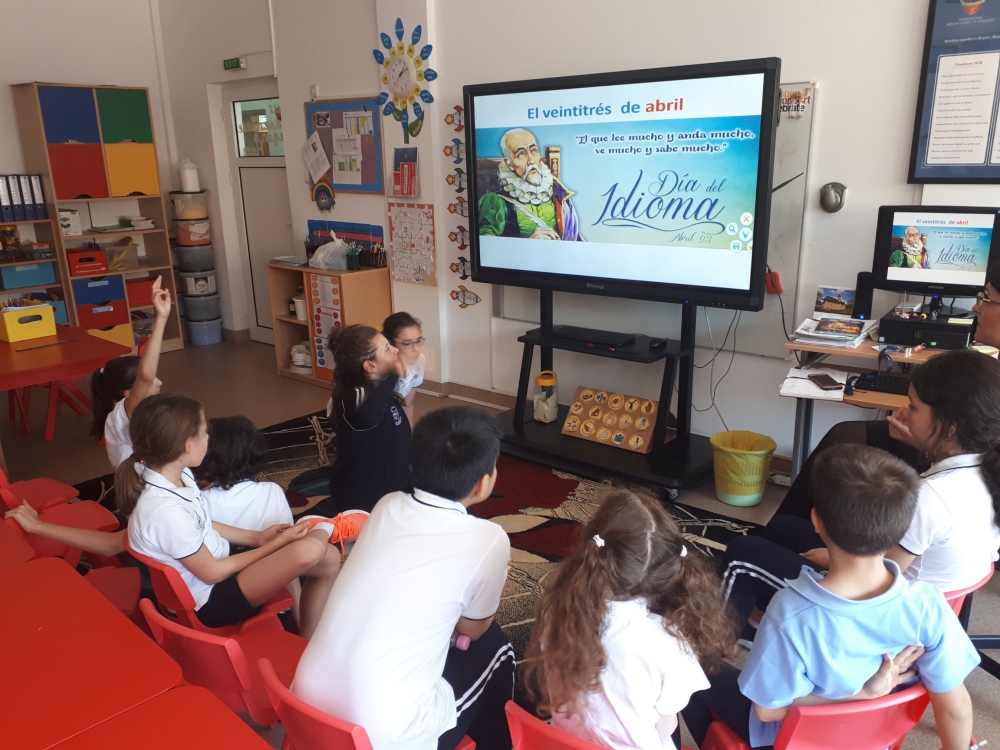 As you may have already heard, Cervantes Day is celebrated on Monday, April 23. Therefore, the MFL Department from Primary School has organized events and visits to a Spanish Restaurant to enhance students’ awareness of the Spanish culture and cuisine involving children from the Spanish groups.

On Monday, April 24, we celebrated this special day in Primary School with different activities and workshops with the class Spanish teacher. The children brought some traditional Spanish dishes and had a taste of the Spanish cuisine. All children learning Spanish at IBSB wore a T-shirt with the colours of the Spanish flag or with a message written in Spanish.

On Tuesday, April 23, the Spanish students from Year 3 to Year 6 were invited to Pata Negra Restaurant. They had their lunch at the restaurant tasting some of the most famous Spanish dishes like pan tumaca, chorizo, paella with chicken, sangria without alcohol and crema catalana. Besides the delicious food the children had the opportunity to speak in Spanish with the owners of the restaurant as they have been living in Spain for many years. A moment to remember was the one when Andreea, the owners’daughter, who was one of the persons serving their lunch, explained them in Spanish why she is helping her parents and the children were impressed by her motivation and hard work.

Years 1 and 2 celebrated this event in school. On Tuesday, Key Stage 1 children had some fun activities during the Spanish lessons together with the year 6 Spanish group. All of them loved this activity and we promised to do it more often.

It looks like it was a very successful event and the students have enjoyed this celebration all over the Primary School.