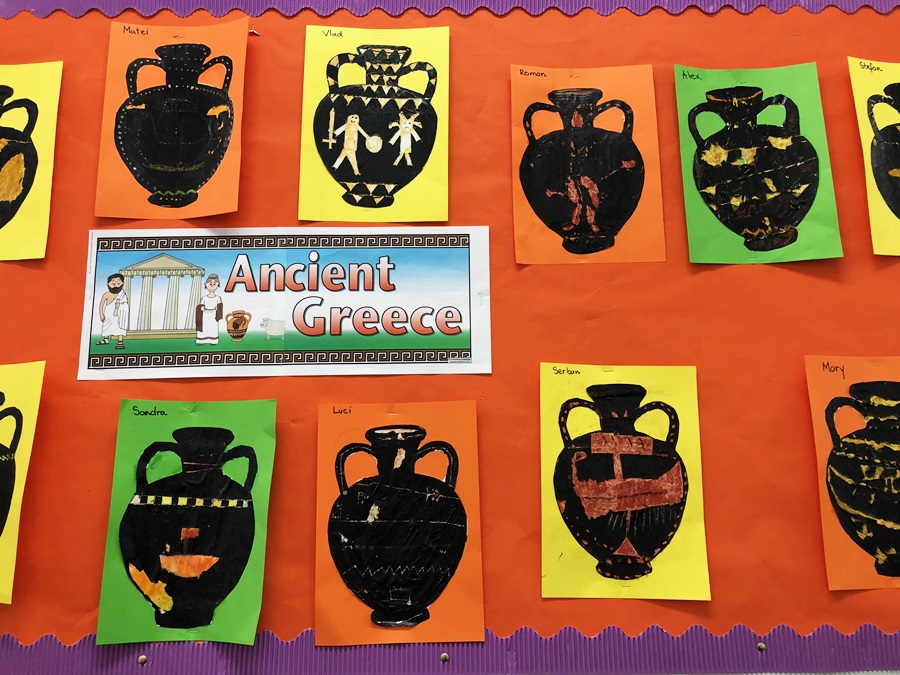 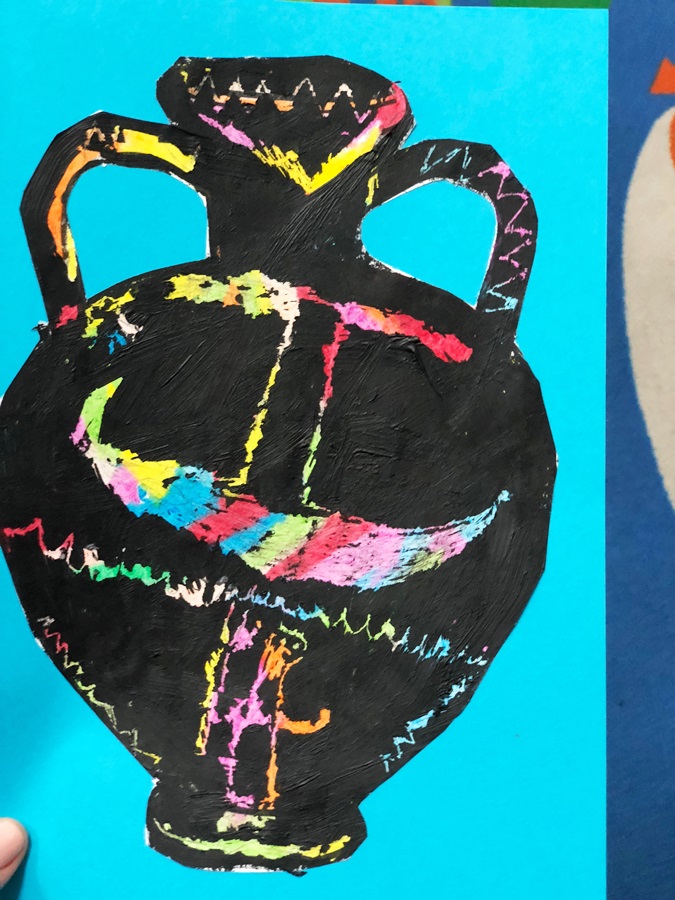 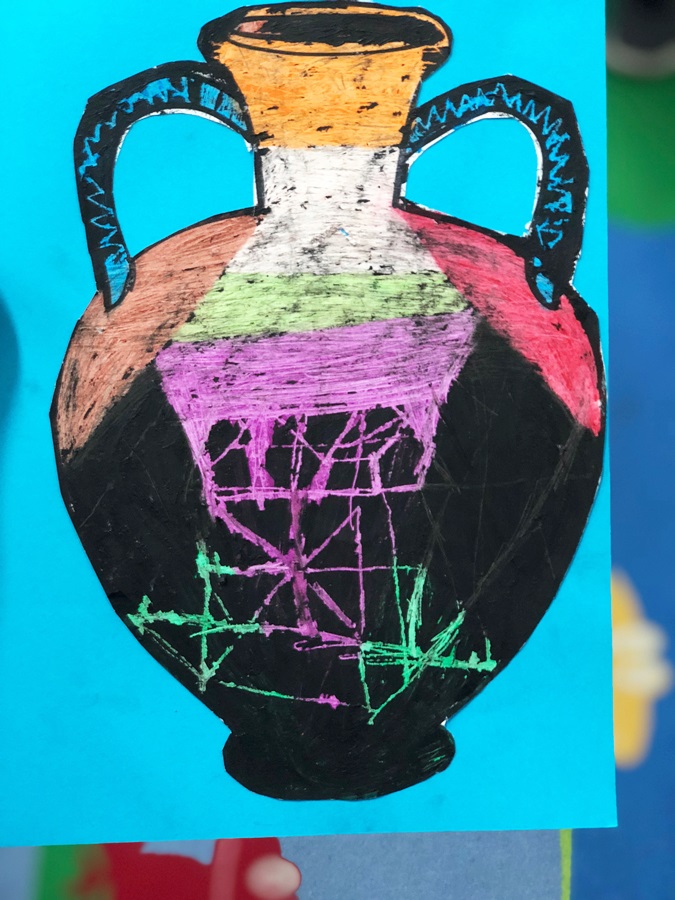 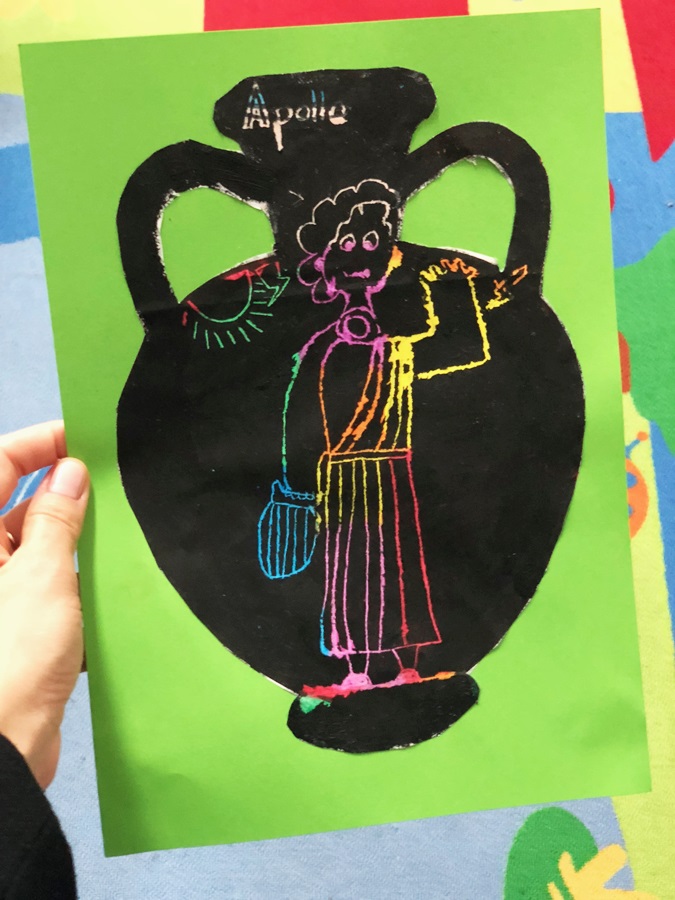 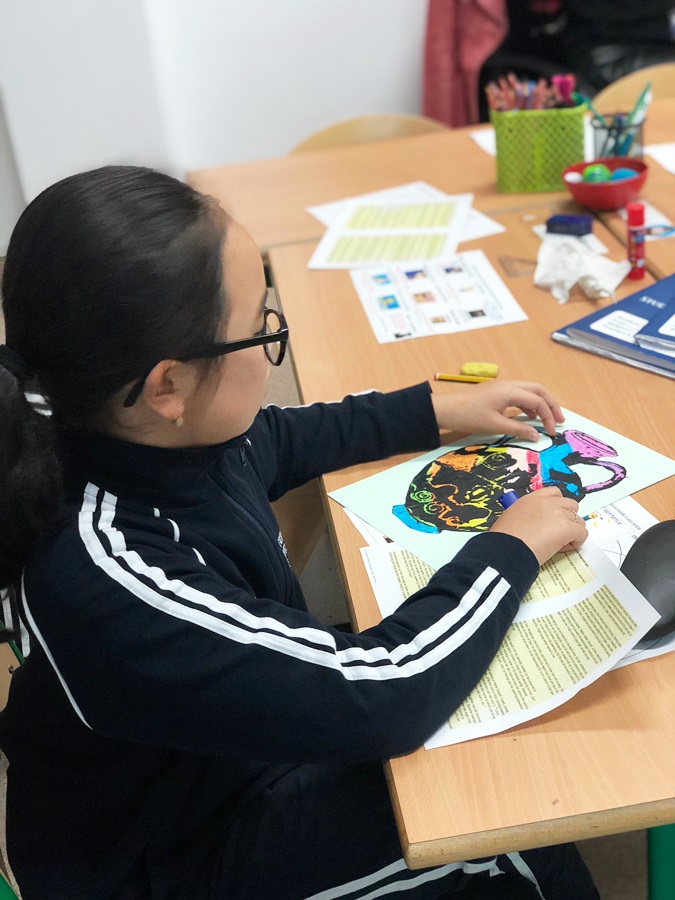 Our topic in Year 5 this term is Ancient Greece.

The Ancient Greeks are well known for their skill in making beautiful pots and vases. The finest pots were made in Athens between 550 and 300 BC. These were famous because of the high quality clay that was used and the reddish brown colour it turned once it was fired. A lot of the pots were made for use in the home but many of them were also exported to other city-states and other countries.

Even though the pots were often made for everyday use, they were beautifully decorated in different styles. Often, black figures were painted onto the pots and vases showing scenes from everyday life and depicting scenes from the myths and legends of the Greek gods and goddesses.

The students decided to take inspiration from these Greek pots to make some Greek pot scratch art work!

They applied their choices of warm/cool oil pastel colours to a Greek pot template.

Then, they painted over the whole pot template we had coloured in with black acrylic paint and allowed it to dry. In a later lesson, they decorated their pots with patterns and a Greek scene by scratching into the black paint with a fine sharp tool to reveal the coloured pastels underneath.

Patterns were very important in Ancient Greek culture and are just as important to get right as the main design. The students looked at some examples and paid attention to where they are usually applied: around the neck, handles, and base of the vase/pot.