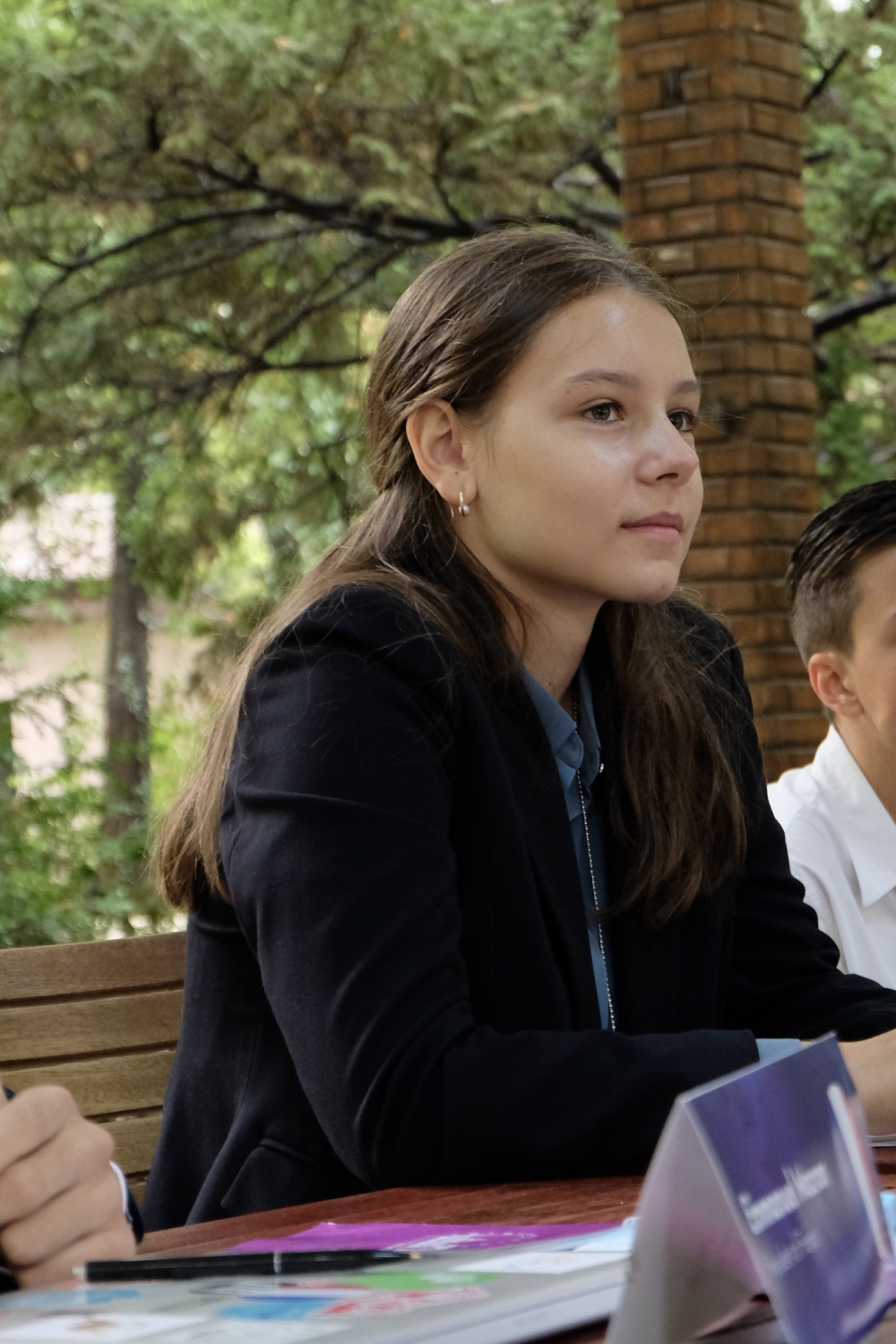 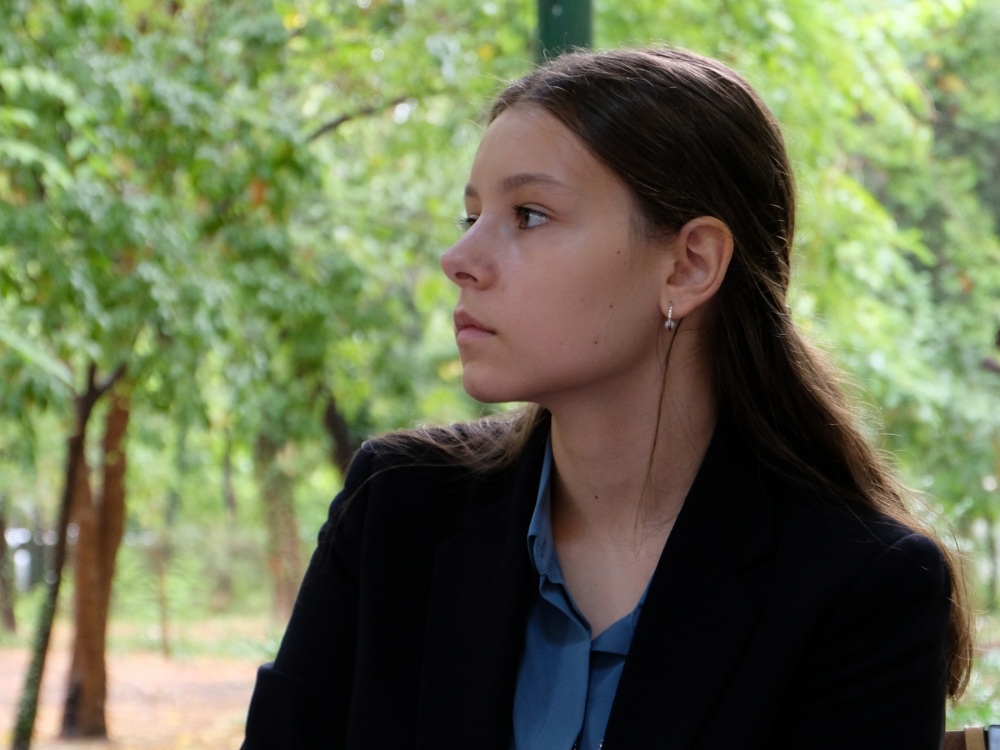 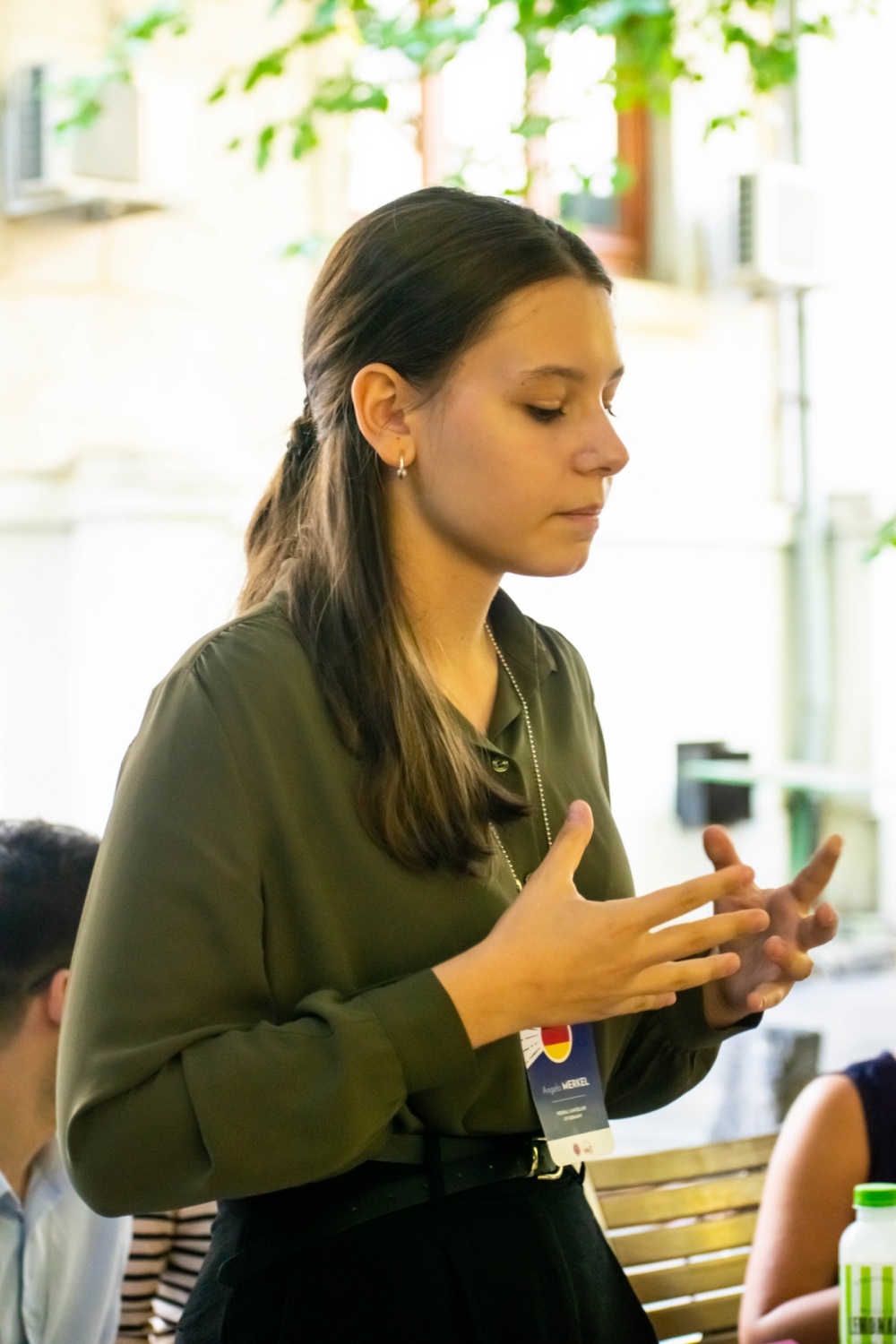 Congratulations to Maria Sticlea, Y11, who received the ‘Best Delegate Award’ at the BYMUN 2020, organised by YMTS at Casa Universitarilor last week.

For the uninitiated, MUN is a simulation of the United Nations, with each delegate representing a country in one of several committees.

This is what Maria has to say about her experience:

“Because of the coronavirus situation, the conference was held outdoors and restricted to just two committees; I was lucky enough to be offered a place in the EU Council, representing Angela Merkel, the German Chancellor, on the topic of ‘Addressing the rise of right-wing extremism in EU member states.’

As my first MUN outside of school, I didn’t really know what to expect, so was pleasantly surprised to discover that the experience was by far much better than anything I could have imagined.

I didn’t know anyone when I first arrived on Day 1, so it was a little scary to begin with, but soon made friends with many of the delegates, who all seemed to share similar interests.
The weather on Day 1 was rather overcast, so the improved sunny weather on Day 2 was a welcome change, with everyone arriving eager to start debating and negotiating.

In the middle of the conference, the CRISIS Committee (who were re-enacting the Biden vs Trump 2020 presidential elections) called me over for an impromptu Q&A session as Angela Merkel, which was unexpected, but very pleasant.

At the end of the conference, different prizes were handed out, and I was given the honour of receiving the Best Delegate Award.

Overall, it was an amazing experience that I would definitely recommend to other students.”

Maria joined IBSB in 2013 (Year 4). During her time at IBSB, Maria has been a student representative on the School Council and a senior member of the IBSB Middle School Debate Team, which has won numerous debate competitions. She has also attended a number of international MUN conferences and has been the recipient of the Academic High Achiever Award for her year in the last 4 years.

Complete your studies as an inspiring athlete at I ... 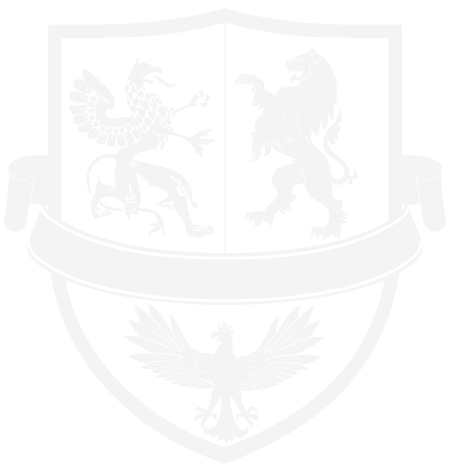