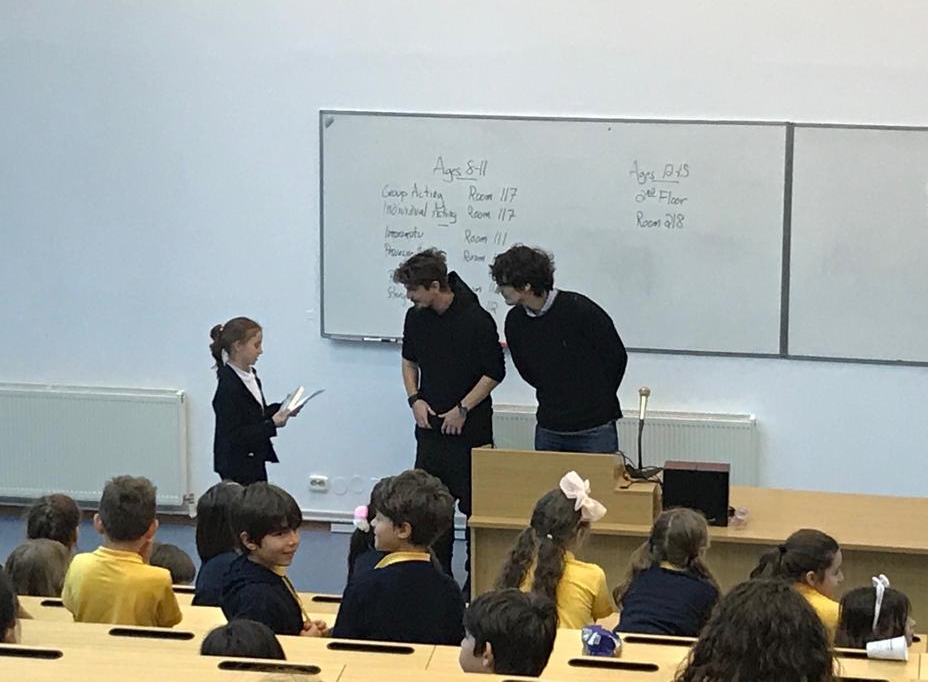 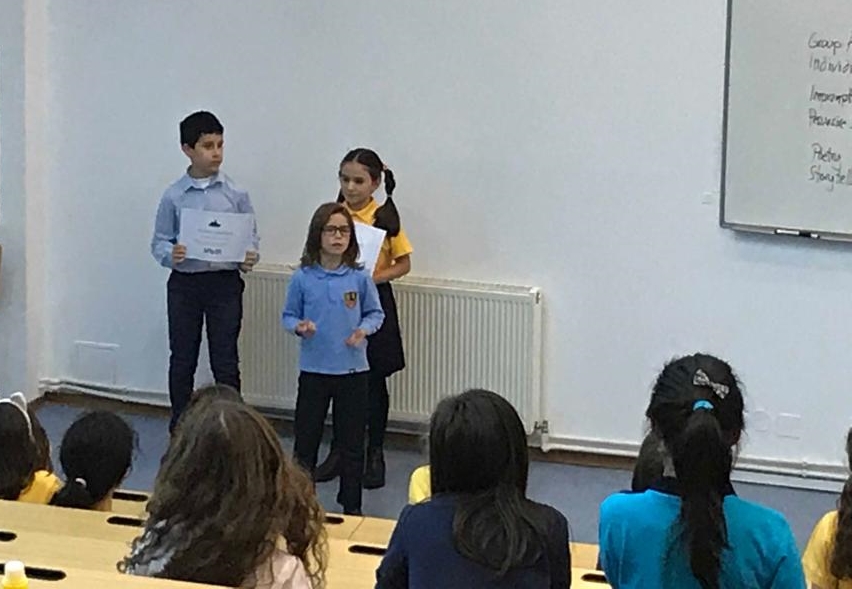 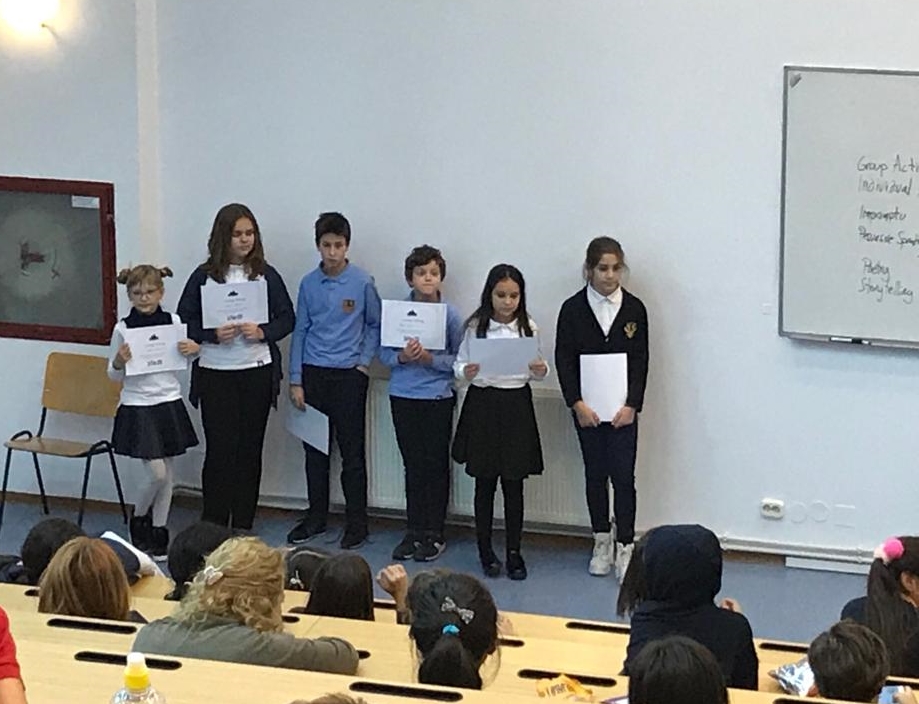 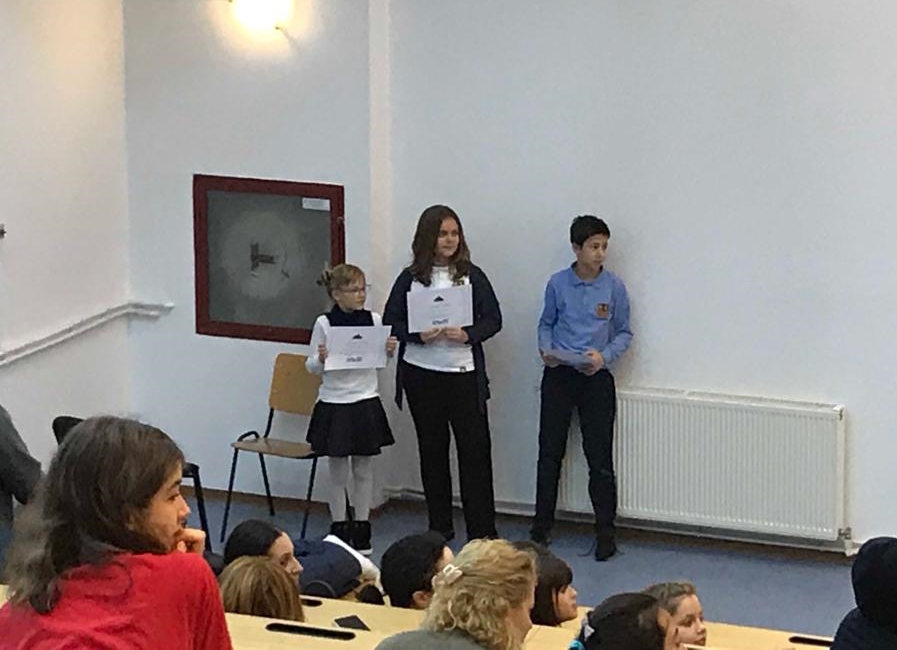 On Saturday morning, my colleagues and I participated at a contest called Wordfest with Mr. Ennion. Full of joy, I participated in a funny play and told a Greek myth.

Before going in the room , I felt as scared as a mouse having to meet a cat. But then, I didn’t look at the judges or the other children. I just looked at my colleagues. It was all timed. There was a clock in my mind ( tick, tock, tick, tock, tick, tock ). After I finished, I sighed and smiled to myself.

At the end, at the prize ceremony, our school won some of the prizes. It was a wonderful experience to participate in Wordfest and I hope I can join in next year again.

Stefan and I were really nervous. We were first, and when I went to the front I knew how all the children would feel. We all performed really well and in the end everything was fair. Some people were quiet, some were LOUD but all had done an amazing job so it was really difficult and close – but in the end we won first prize in the storytelling category!

WordFest was a new event for us this year. It was a contest based on speech, drama and poetry, with children competing in six different categories: Impromptu Speaking, Group Acting, Individual Acting, Persuasive Speaking, Poetry and Storytelling. All categories presented different challenges, but the one thing they had in common was the work the children and parents had to put in to prepare for the event. We at IBSB know that hard work pays off, and we managed to walk away with 3 first prizes, 3 second prizes and two third prizes, which is testament to our students’ confidence, effort and ability to speak beautifully (we all know they love to talk!).

The scariest part for their teacher was during the prize ceremony when first prize winners had to perform again for everyone who attended the festival. However, in front of around 150 people, our four winners showed no nerves to impress and amuse the audience and sow they were worthy winners. Mara’s performance of her poem to a packed lecture theatre was truly spectacular.

A big congratulations and thank you to Mara, Sonia, Theo, Ecaterina, Sumi, Milo, Carla, Sandra, Felix, George, Alis, Anastasia and Stefan for representing our school so well. They showed respect, supported each other and worked very well as a team to impress the teachers, judges and other contestants at WordFest. We are already looking forward to next year!