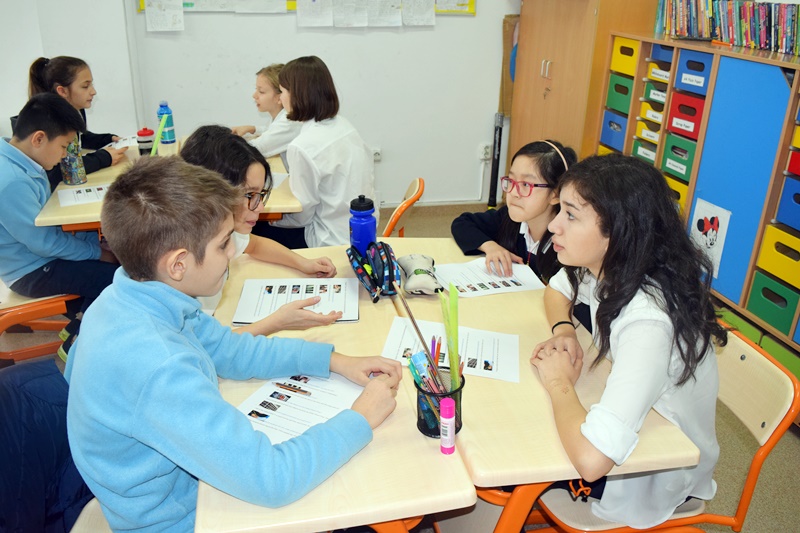 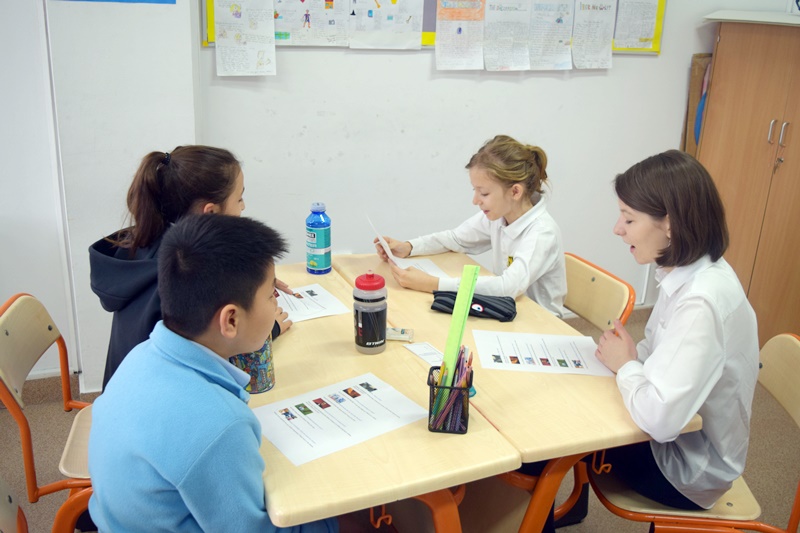 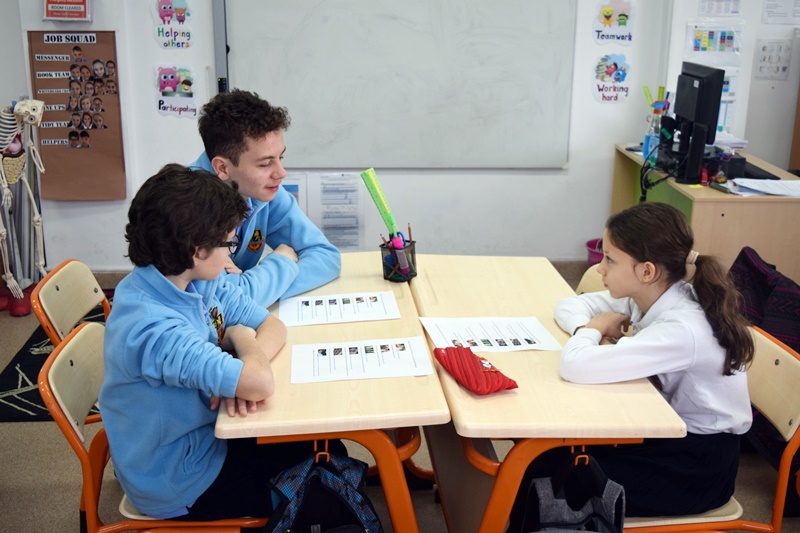 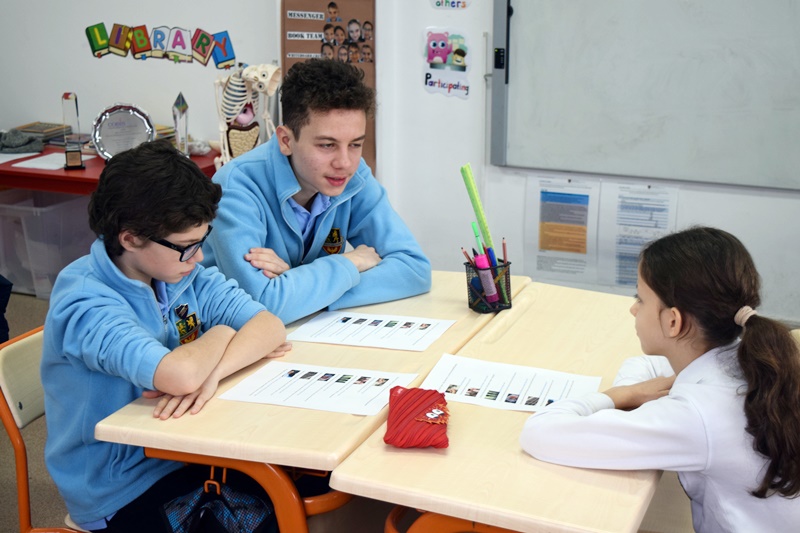 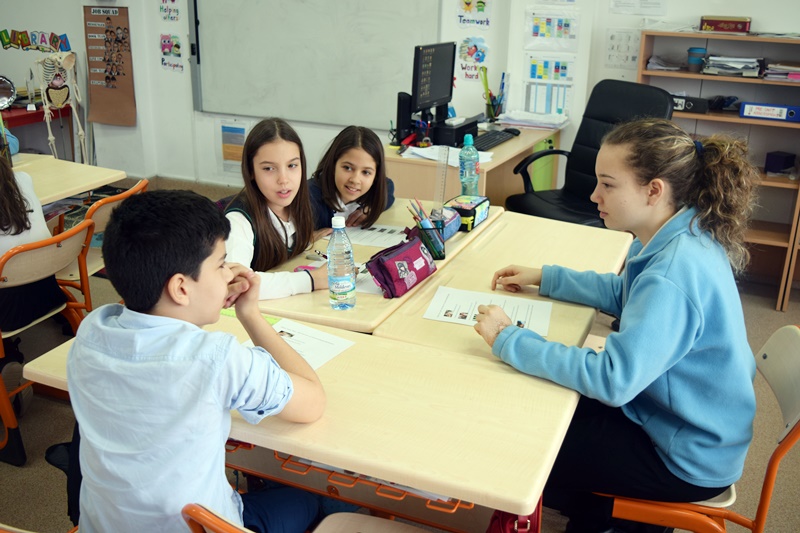 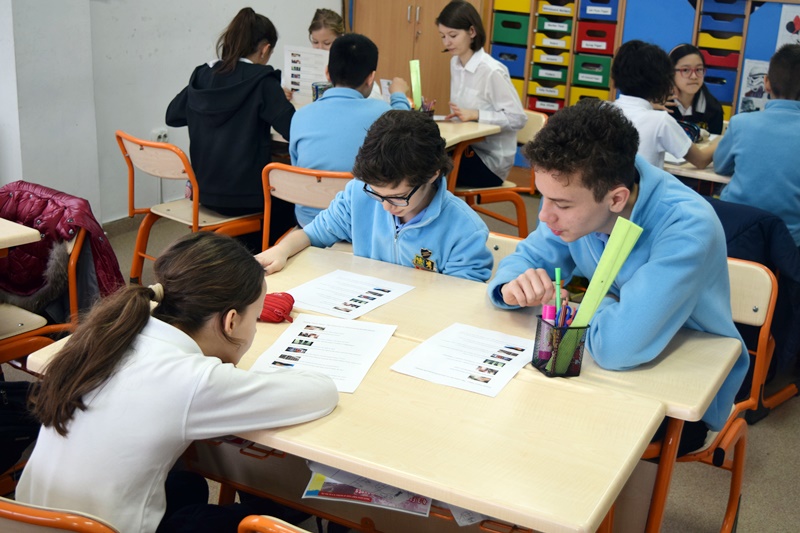 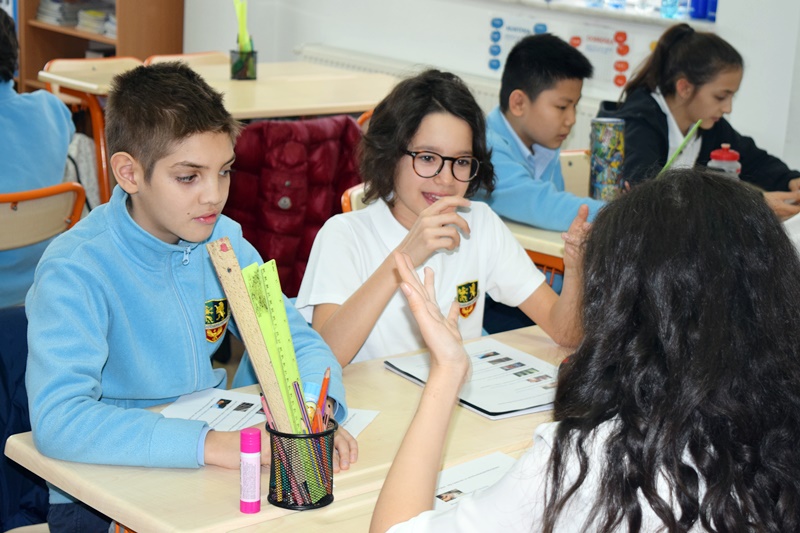 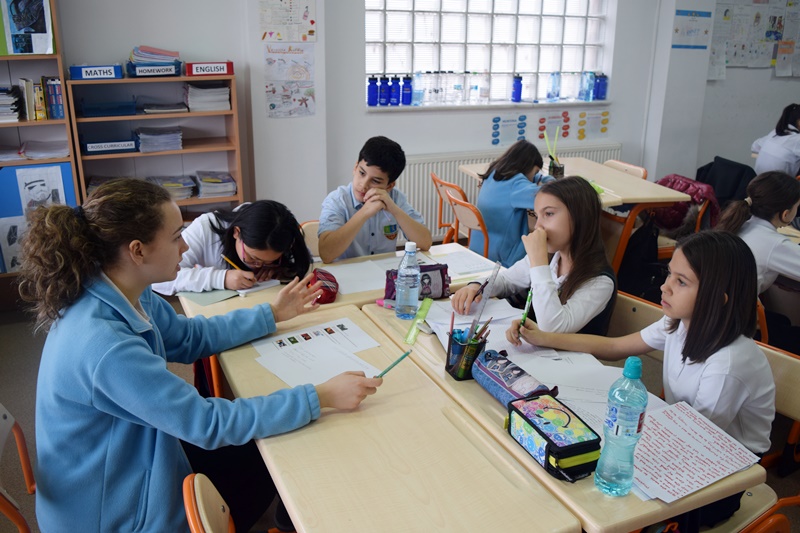 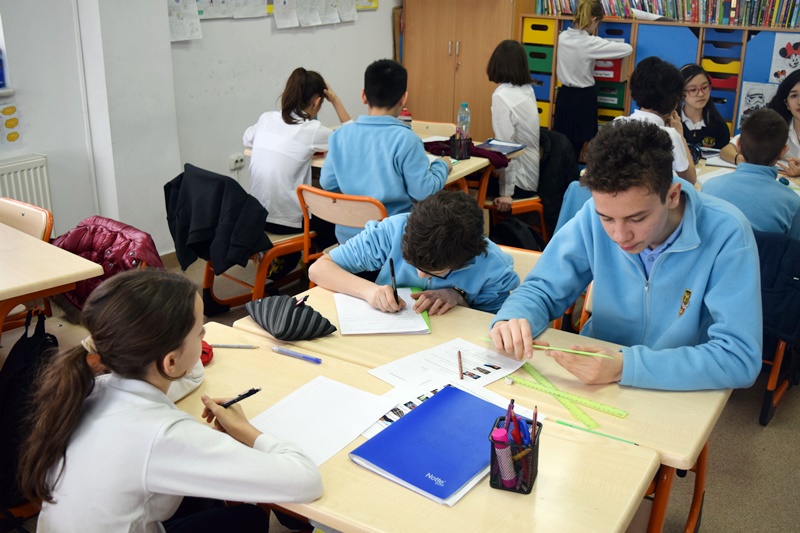 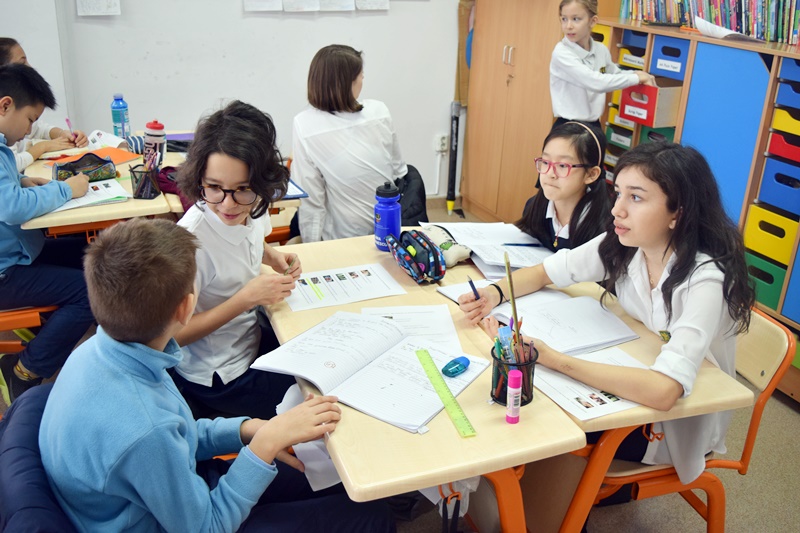 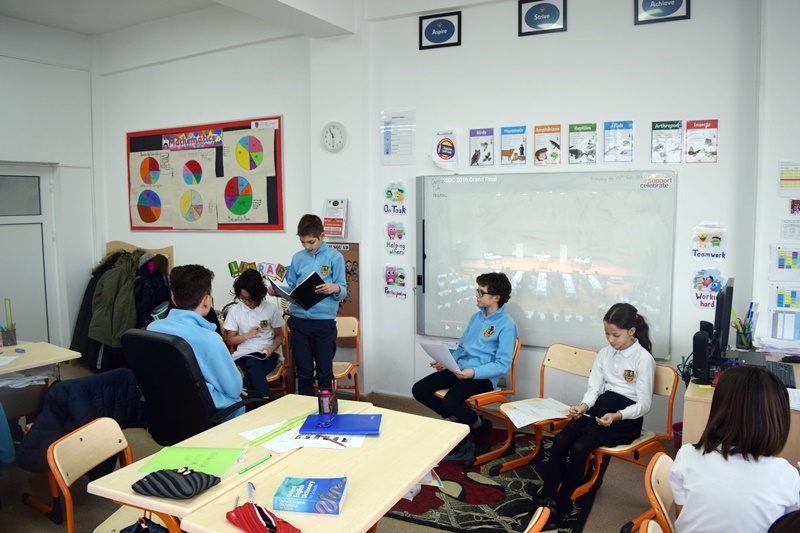 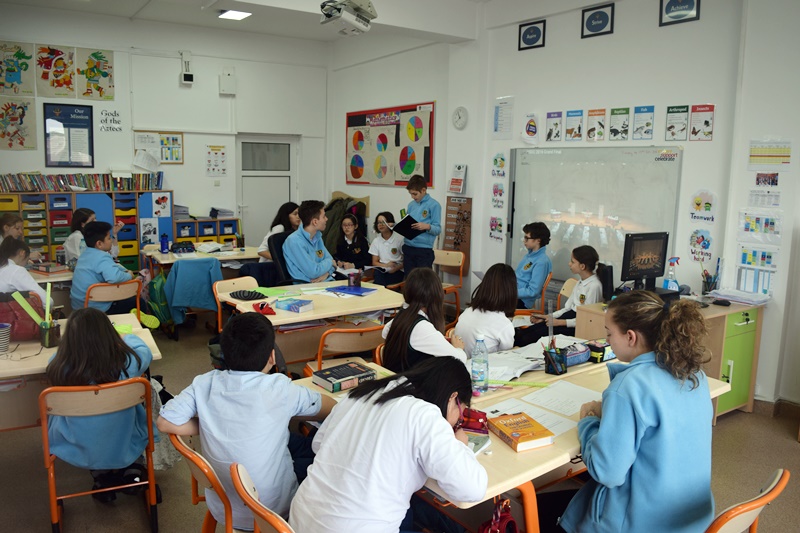 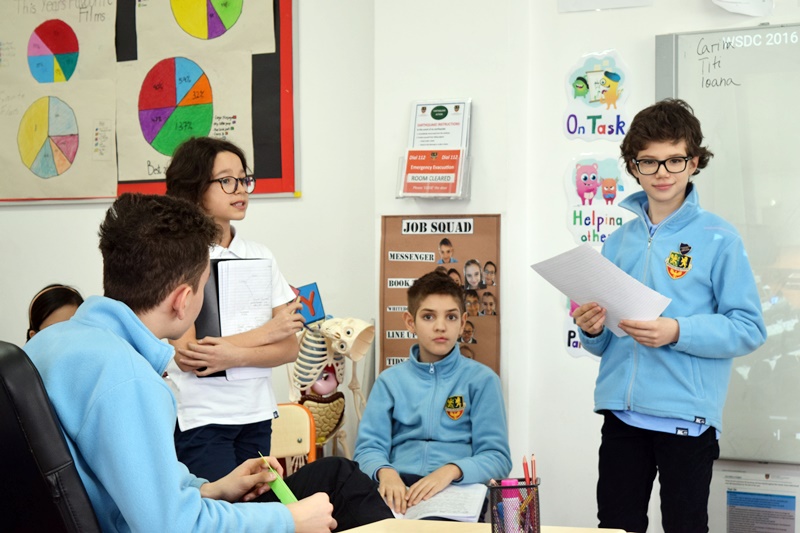 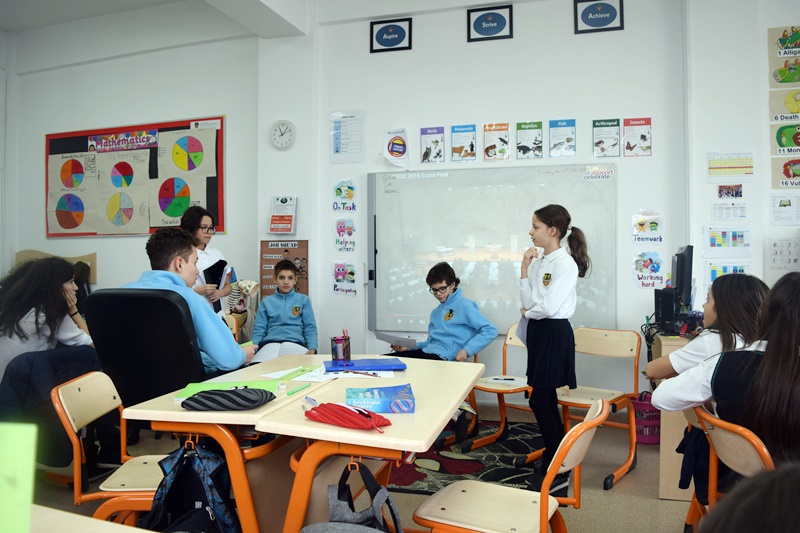 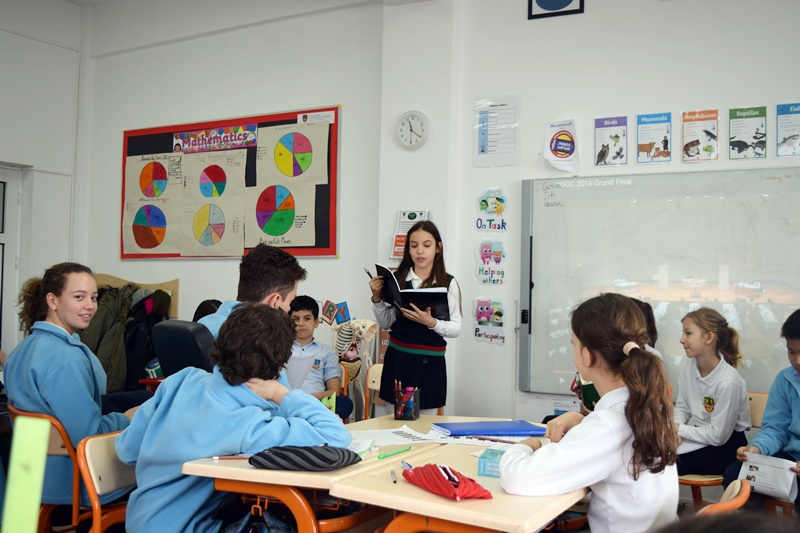 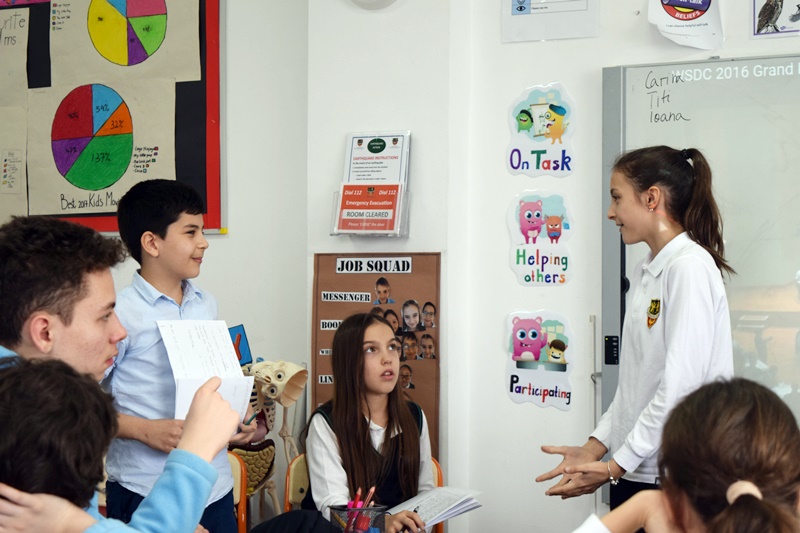 If there is anything we are am proud of at IBSB, it is the situation where we see students teaching students. This is something that is a regular occurrence as IBSB, with teachers regularly peering students together in such a way as to challenge those with the knowledge to share it, with those needing supports, with one receiving support and the other reinforcing their learning. It can also happen in a specific lesson where an entire lesson has been organised to enable the older, more experienced students to share their knowledge and experience with younger students. The later is exactly what happened this week when four Year 10 students, Tamara, Max, Christie, and Milena visited a Year 6 class to share their experiences learning to debate and winning the Silver Plate at the COBIS World Debating Competition this year in Dubai.

The lesson started with a presentation of their trip and a description of what took place, debate by debate, as well as the extracurricular events organised for the students whilst there. The Year 6 students were then divided into four groups with Tamara, Max, Christie, and Milena each working with one group, reviewing a page of possible motions to explain how a team goes about analysing a motion in order to develop a winning team argument- and they should know as they did not lose a single impromptu debate the entire competition. The students really enjoyed this group work session, so much so, that they didn’t want to go on break, which tells you how well this activity went.

After the break the students watched a short video of a WSDC (World School Debating Championship) final between England and Canada, to get an idea of the format and structure of debate, then prepared for their own class debate, which for many was their first live debate. In groups the students worked to prepare their arguments, with one debate on whether capital punishment should be banned and the other on whether football players get paid too much. In both cases it was the proposition that successfully defended their position, but in truth everyone was a winner as all the students had a wonderful time and 3 hours passed by in what seemed like minutes.

At the start of the session three students put their hands up when asked if they were interested in joining the Primary School Debating Club. At the end of the lesson, every single student said they now wanted to learn to debate and to debate in the Key Stage 3 International School Public Debating Competition next year (which IBSB won last year also), so well done to Tamara, Max, Christie, and Milena for successful inspiring the next generation of IBSB debaters. It is clear that the future of debating at IBSB looks very bright indeed!