Remembrance Sunday commemorates those who died on all the battlefields from all wars, but first started as a way of remembering those who died during the four bloody years between 1914 and 1918 that came to be known as the years of The Great War, or World War One. It is fitting that we commemorate the dead from both sides in all distant battlefields around the world in the first truly global war, and a topic which is an integral part of study at IBSB School History. Far away from the huge cemeteries in France and Belgium where the war was bloodiest on the famous Western Front, in places like Tancabesti, where the Commonwealth Bucharest Cemetery is located, we see the true global reach of this war. 83 Commonwealth soldiers from World War One and Two lie there, from countries like the UK, Canada and even New Zealand and India.

Every Sunday before the fateful 11th Hour of the 11th Minute of the 11th day in November (from the first time in 1918 when the many fighting nations finally bid their farewell to arms), representatives from all the nations lay wreaths to honour the dead after prayers (in English and Romanian) and the playing of the moving Last Post.

Schools lay wreaths too and this year our Head Boy and Girl, Andrei and Zoe, performed the task, laying our school’s wreaths with wonderful ceremony and gravity (pictured). Many of the wreaths were made up of poppies, the flower that we mark this day by as this was the flower that was the first to cover the muddy, churned up battlefields. Following the ceremony we were kindly treated to a nice lunch at the British Ambassador’s Residence, where Zoe and Andrei represented the school’s students admirably in the presence of many diplomats and Ambassadors. 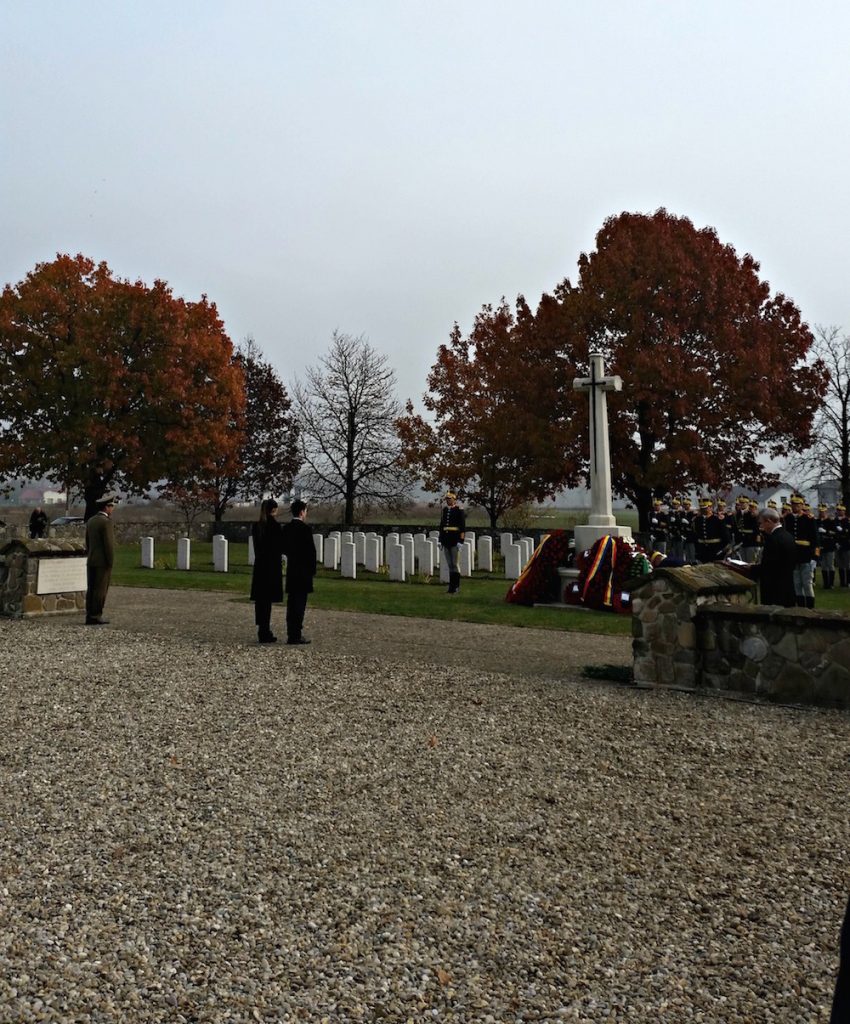