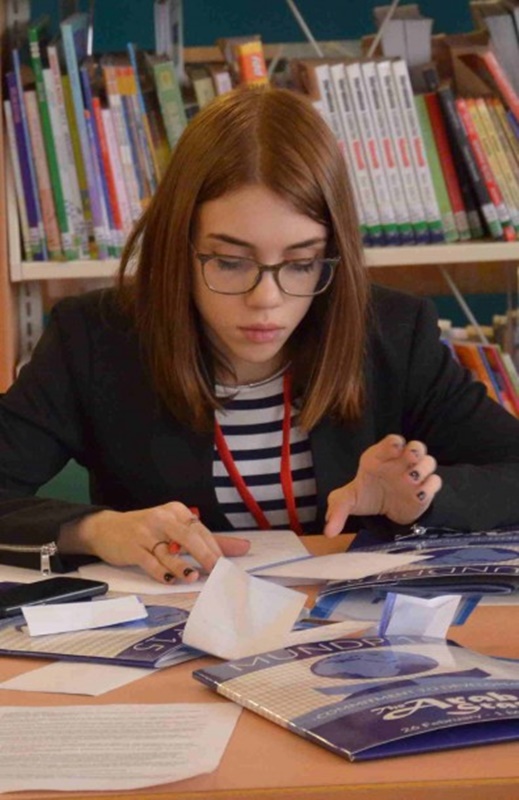 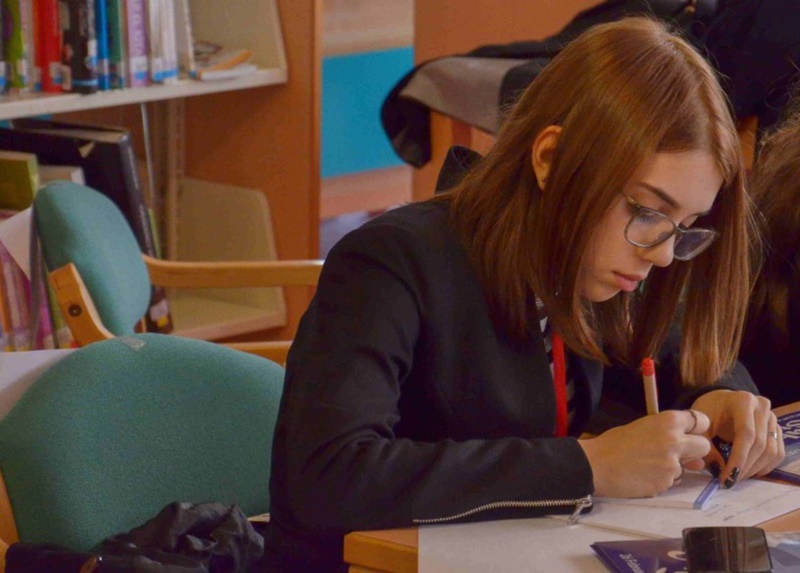 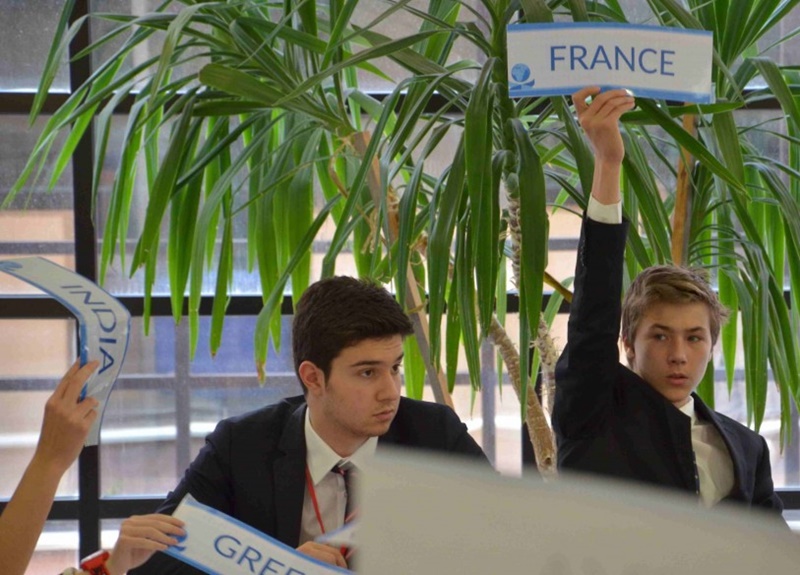 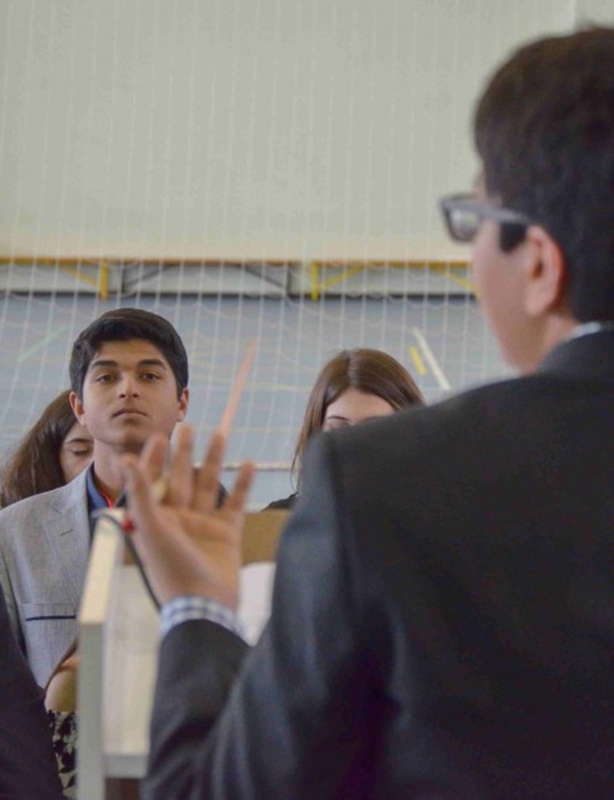 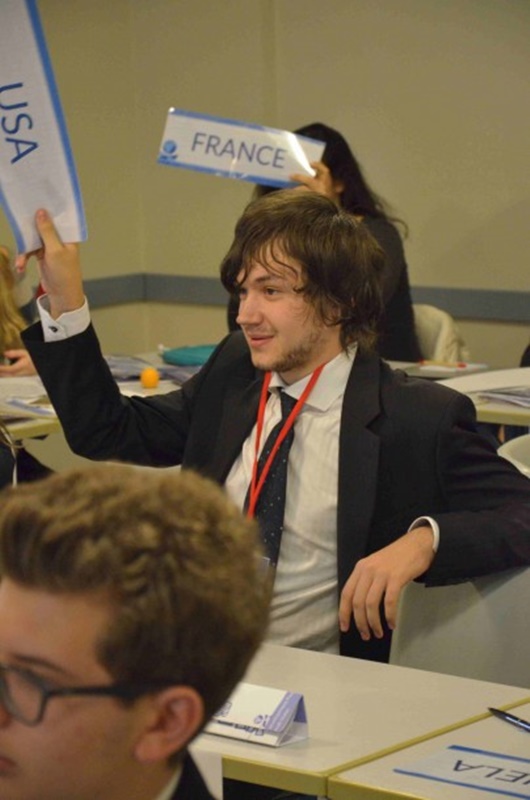 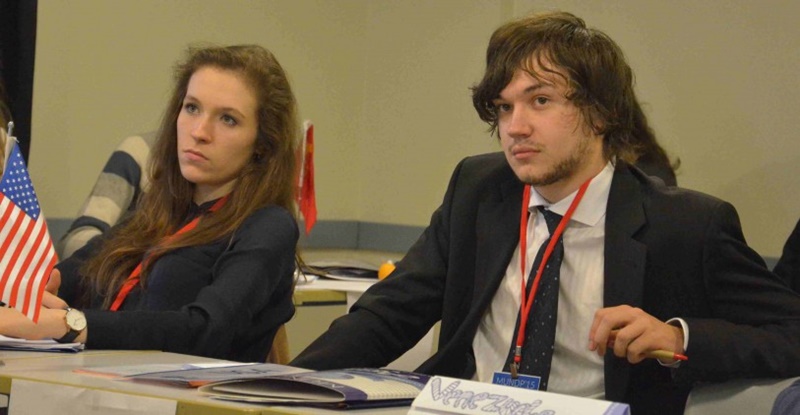 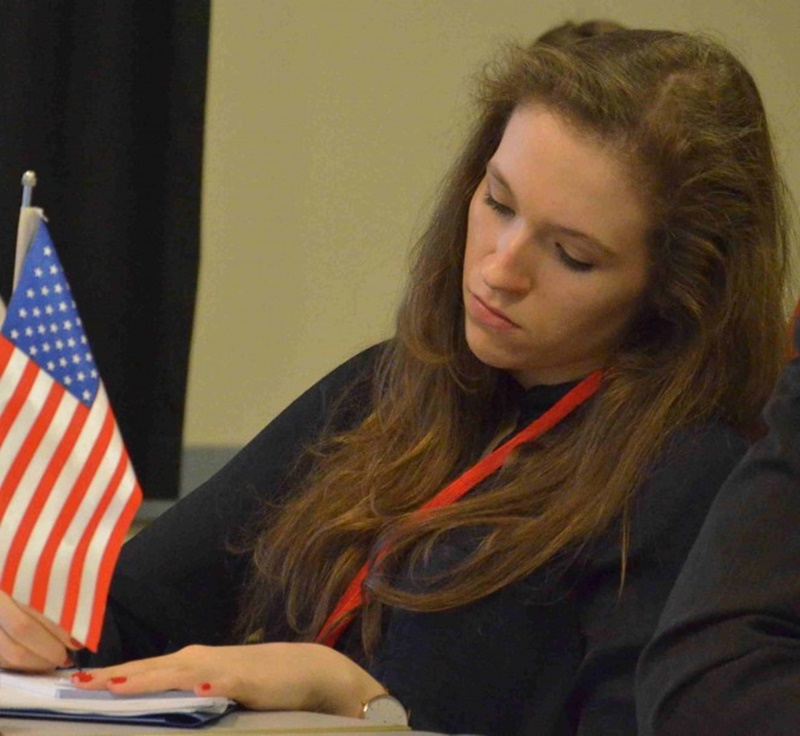 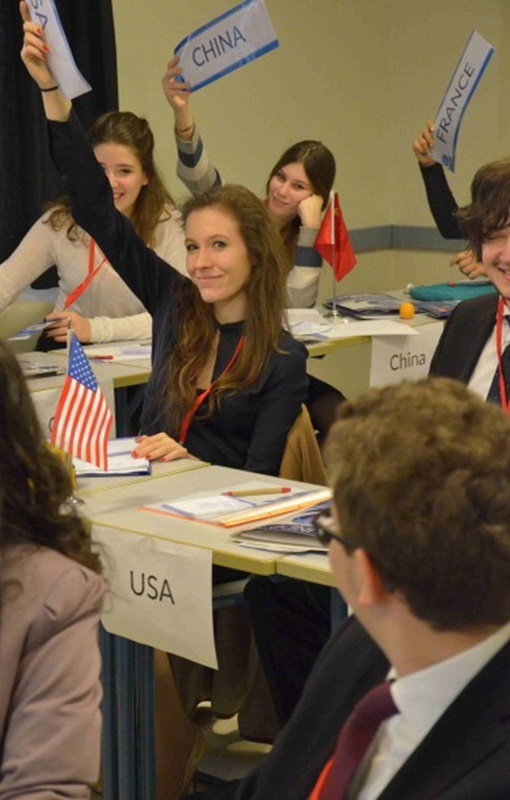 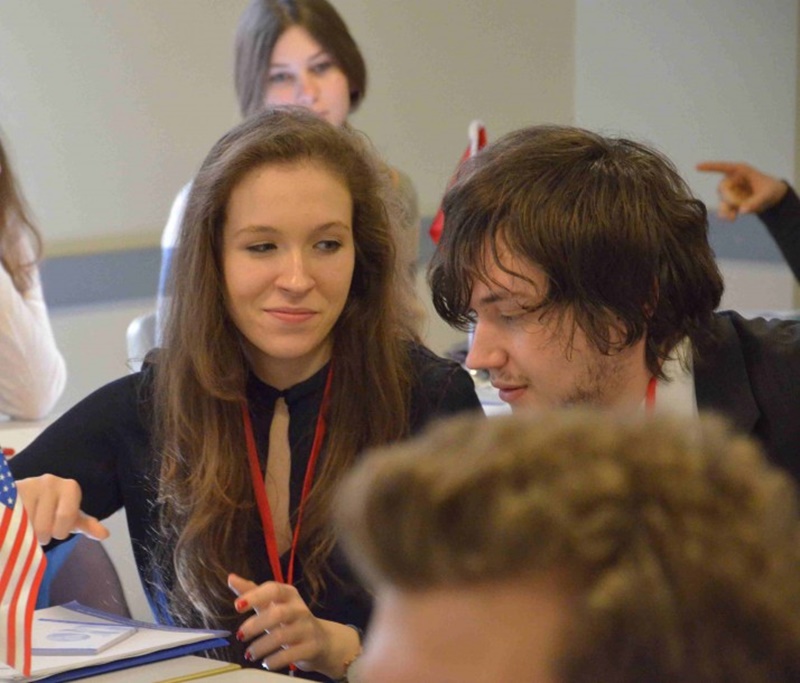 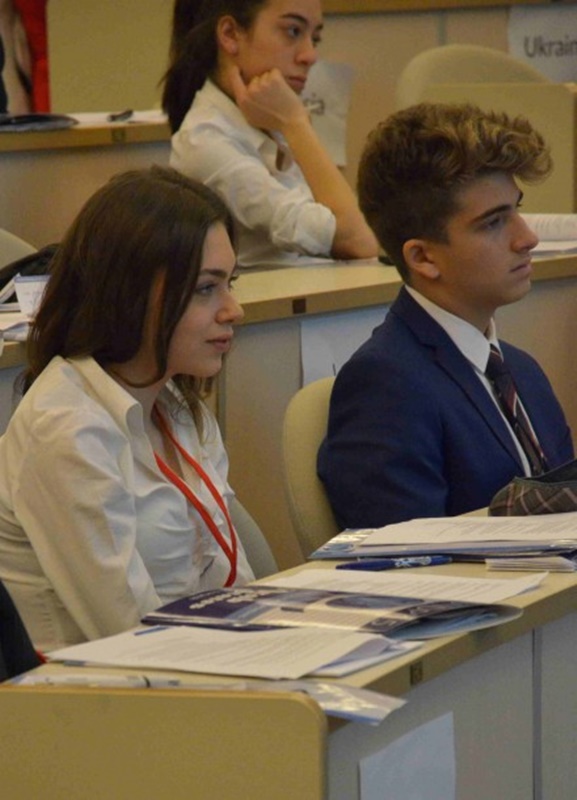 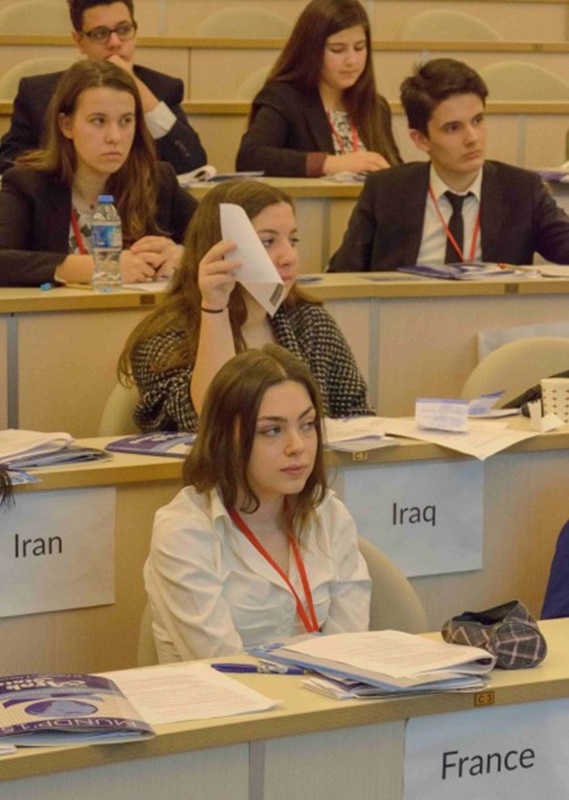 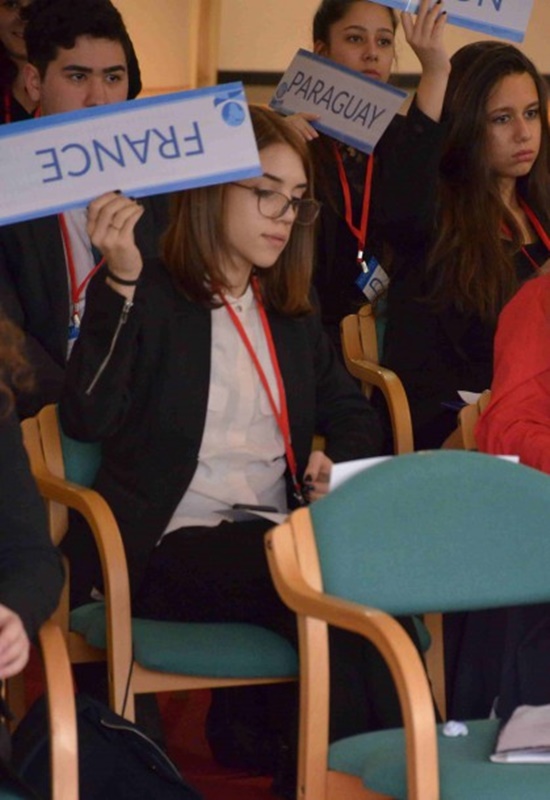 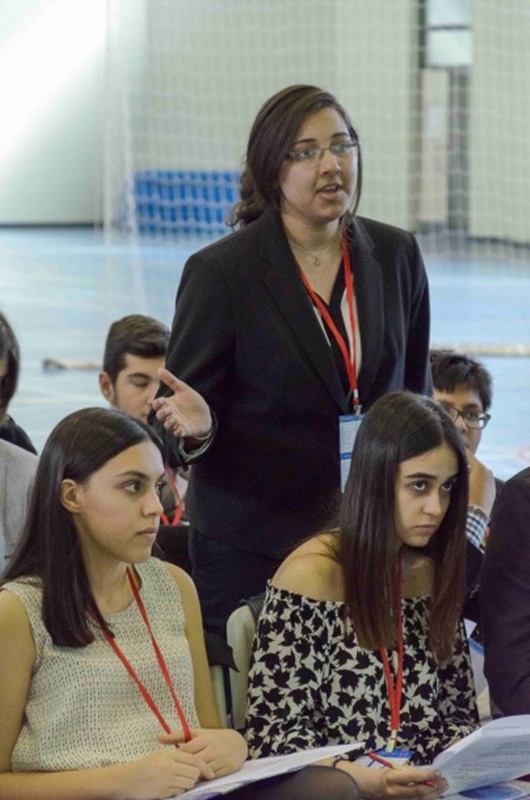 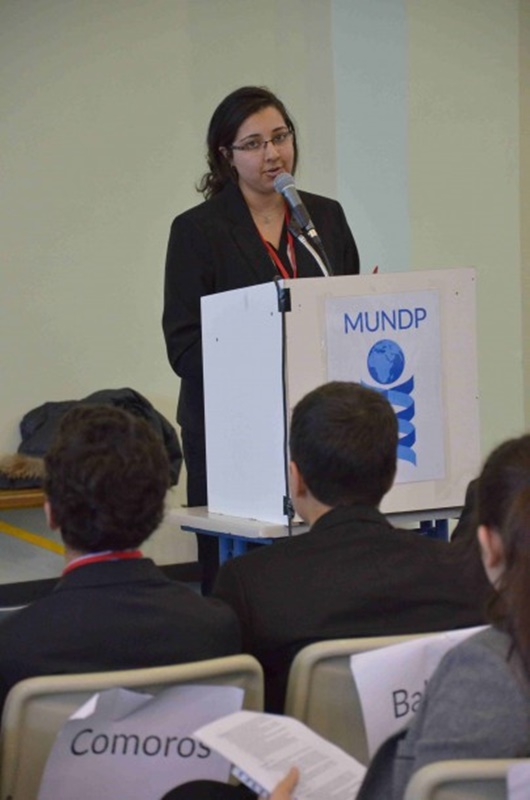 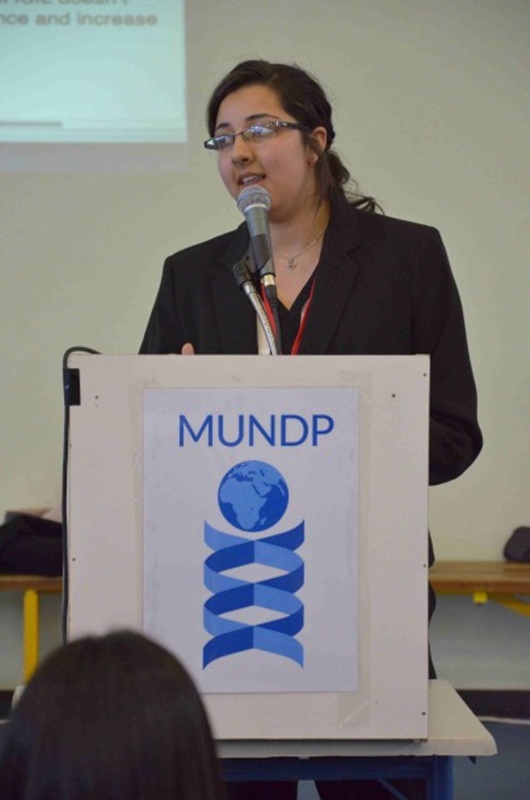 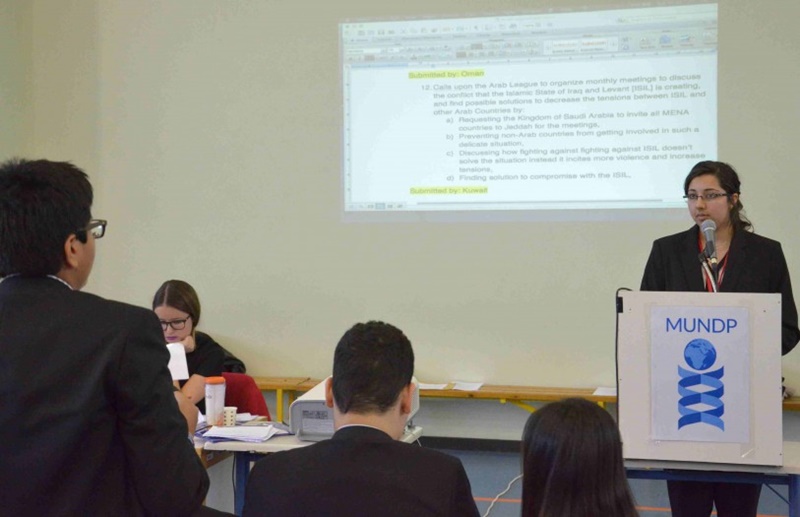 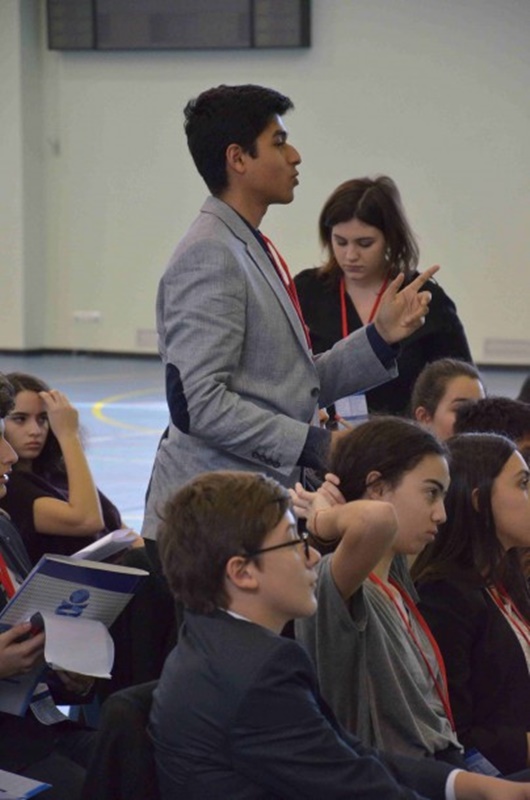 The third day of our Istanbul Trip was packed with negotiations and debate on resolutions and clauses. Each of our students managed to not only propose, but also pass from at least 1 clause to over 13 clauses within their respective committees. To put this in perspective, a typical MUN resolution has somewhere between 6 to 10 clauses. Some of our students were the main submitters of resolutions.

To give you a glimpse of a flow of negotiations, Steve and Zainab were representing Oman in the Arab League and one of their three topics was on “ending state sponsored funding of terrorist groups in the MENA region”. The resolution debated on this topic was mostly founded on the primary notion put forward by Oman: the creation of a Terrorist-Response-Team (TRT) that is comprised of, managed, and monitored by the Arab states. Oman proposed 13 clauses out of a total of 15 on this topic. They tackled constant questioning, particularly pointed ones came from the representative of India (who was a guest in the Arab League), who tried hard to de-rail Oman’s proposals. However, our students used multiple strategies to stay ahead of the game (they used the official notepaper to get other countries on their side, got other representatives to give speeches supporting Oman’s proposals, and maybe some other more tacit strategies). Defending one of Oman’s clauses, Zainab said: “the clause is about building a strategy that thinks 4 steps ahead – reaches victory faster with less lives lost”. Oman also suggested the organisation of a meeting in the Kingdom of Saudi Arabia; one that would invite the extremists to the table. They justified this suggestion with the argument that as ISIL calls itself a Sunni extremist, and as Saudi Arabia has a Sunni majority governed by the Sunnis, they may be able to draw ISIL to a discussion on the religious aspect of the issue at hand. Besides clear support for their ideas, the representative from Palestine for instance thanked Oman “for creating a political platform and presenting a suitable solution that is greatly favourable for all within the Arab League”.  With all the commotion and debate, the end to this story of state-sponsored terrorism was all the more fascinating! The Arab League along with our Oman representatives colluded to eventually dissolve the resolution they worked on all day! This collusion was fascinating, and sent shock waves through the committee, with some members outraged while others enthralled. The game was very well played, and the representatives of Oman, along with their close allies on this issue (Djibouti – because they too had strong speakers) set the pace of the session to serve the interests of their country on this issue (neutrality, brotherhood, and participation without any significant disruption of ties – particularly with key partners such as the Saudis). This was just a snapshot of one part of the discussions on one out of 3 topics.

This same level of enthusiasm and rigour in debate and negotiations was visible also in the Security Council where two of our students (Maria and Sebastian) were representing the USA.

Day 3 was wrapped up with a party on campus organised for the students to socialise and strengthen their newly formed friendships.

While our students in the Security Council and the Arab League continued with their debates within their respective committees, Day 4 saw the developmental committees in their national caucuses, which is a unique feature of this particular MUN conference.

In the national caucuses, the students of individual countries go in to discuss the various resolutions that were agreed upon in various committees. It enables all representatives of a given country to pool their ideas and commitments made in different committees. Three of our students are in these developmental committees (Catrinel, Sofia and Achille: all three represent France).

They then discuss and negotiate upon international commitments within an international summit that brings together all the delegates from all developmental committees. Achille, being the ambassador of France is expected to take a lead and guide the negotiations on behalf of France. As this is the last day of the conference, the students will receive their certificates of participation and T-shirts in the closing ceremony. Since the THIMUN format of MUN conferences are trying to minimise aggressive competition, and are trying to encourage collaboration (in the spirit of the UN principles), they have removed the possibility of earning individual certificates based on merit or strengths of arguments during the conference; as such there will not be any certificates of excellence given out in this conference.

Tomorrow we intend to conduct a final sight-seeing tour of the Grand Bazaar and possibly visit Taksim Square for much needed relaxation after the long days of negotiations.