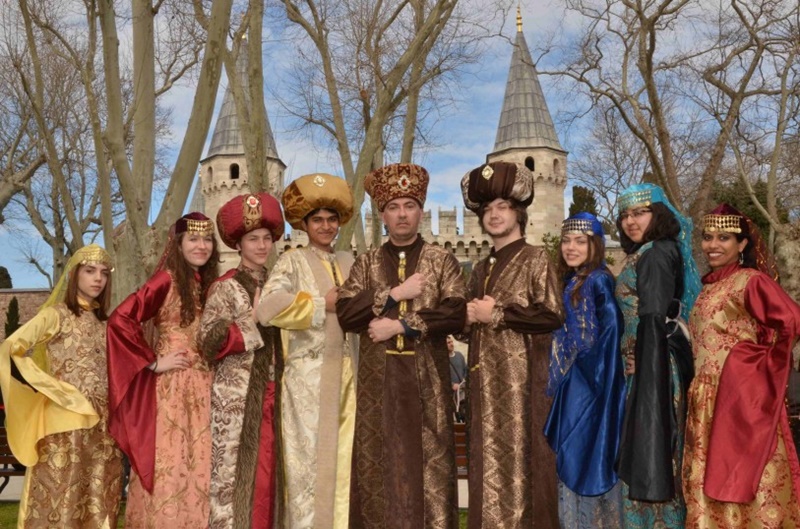 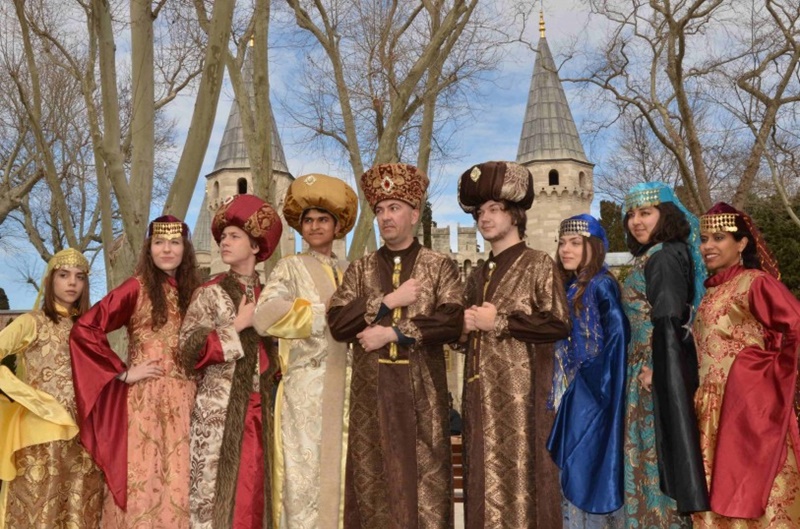 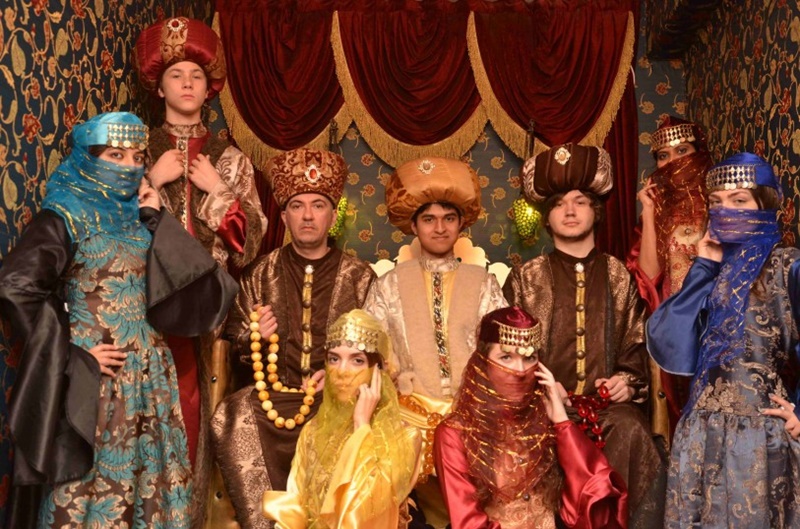 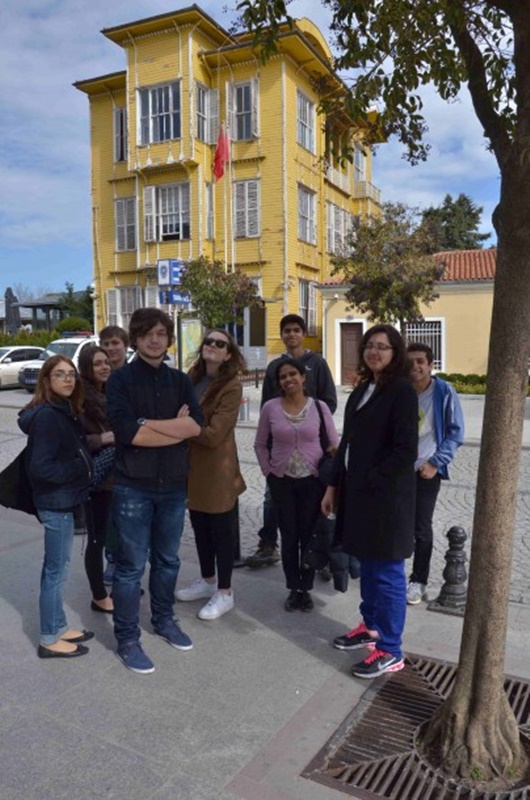 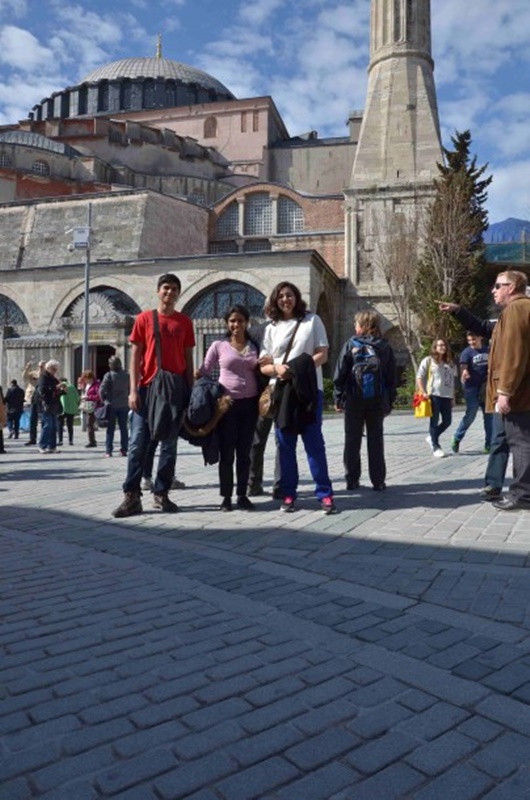 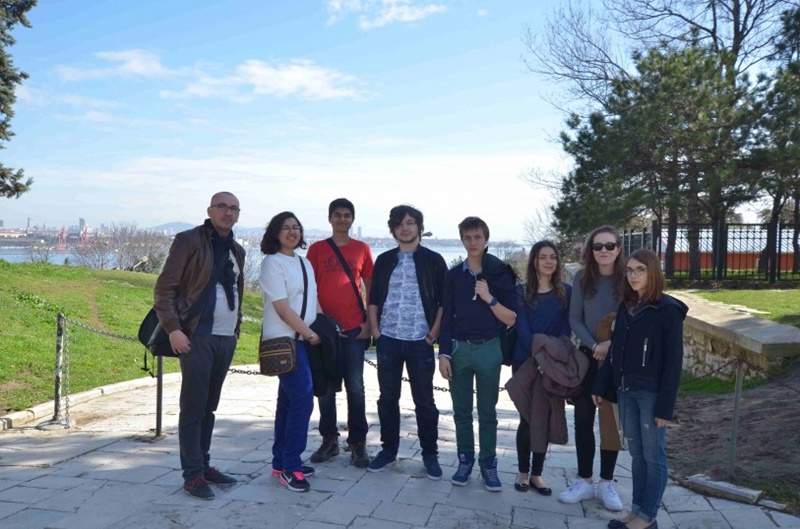 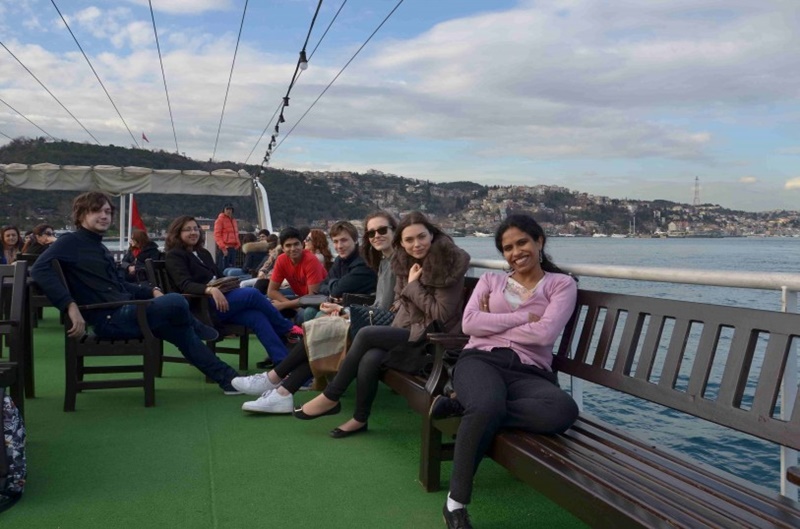 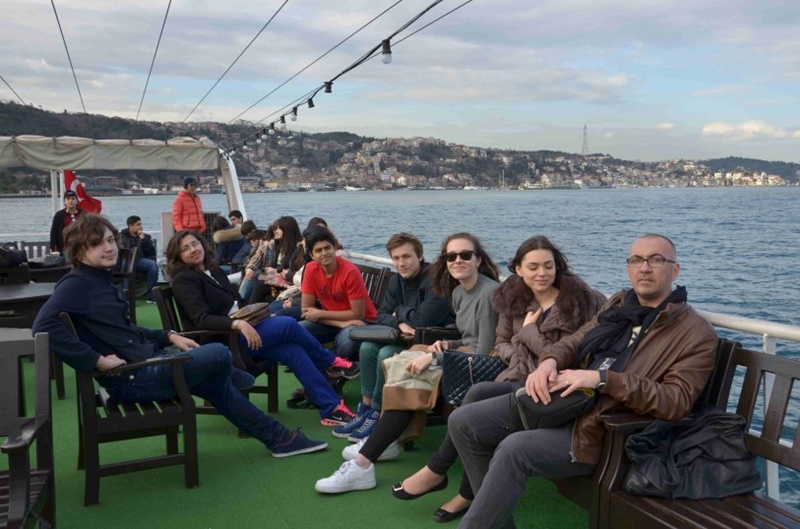 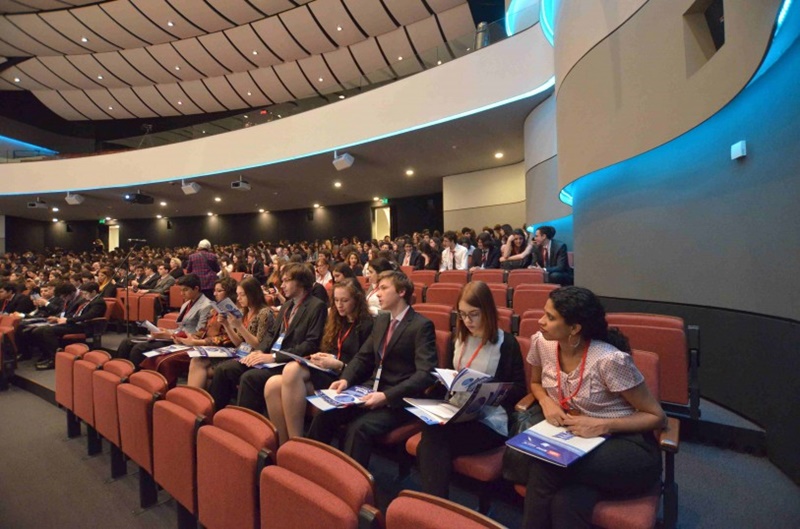 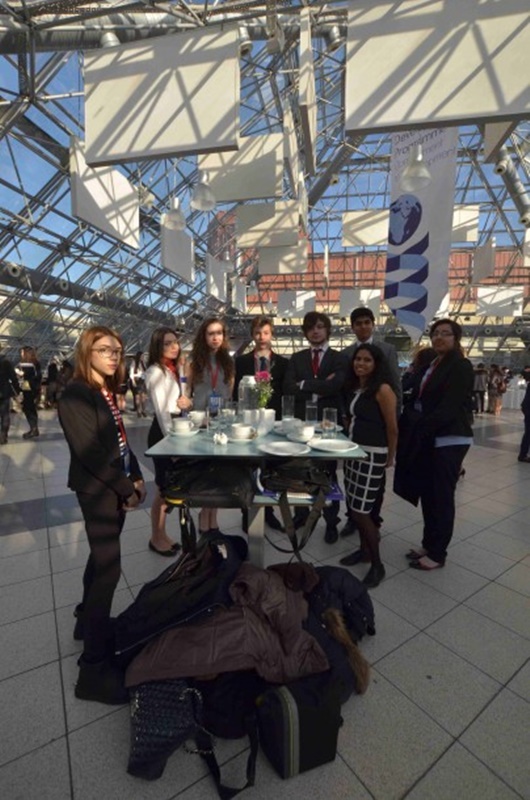 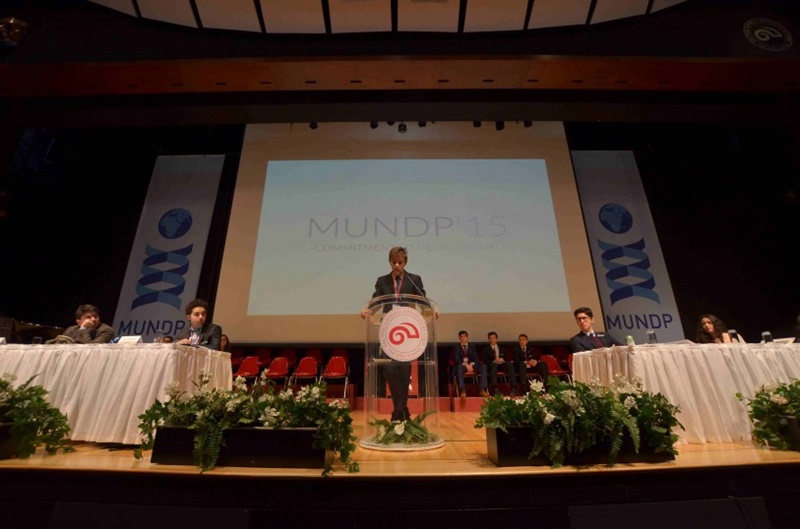 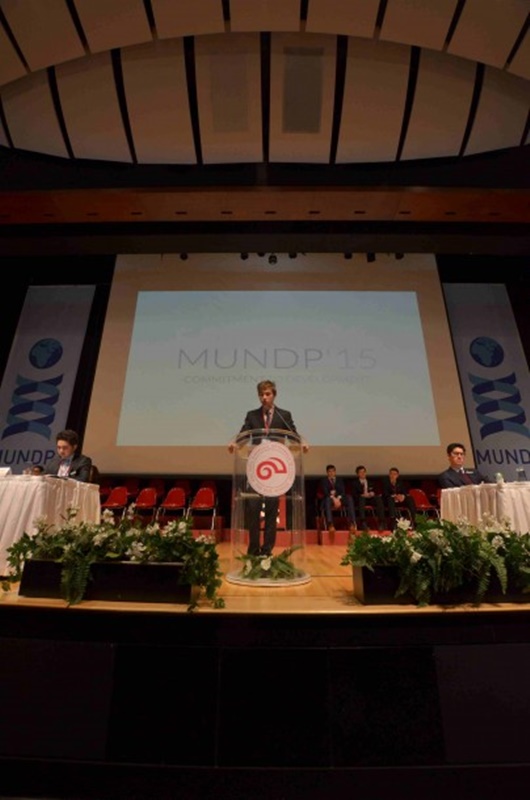 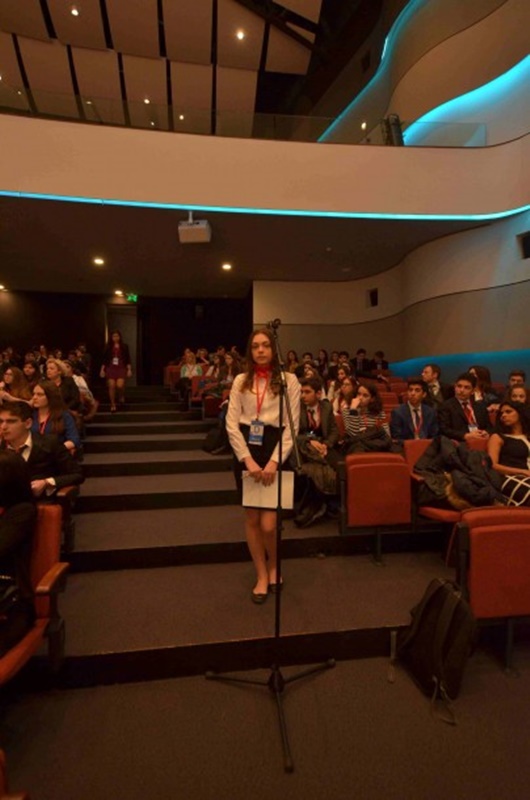 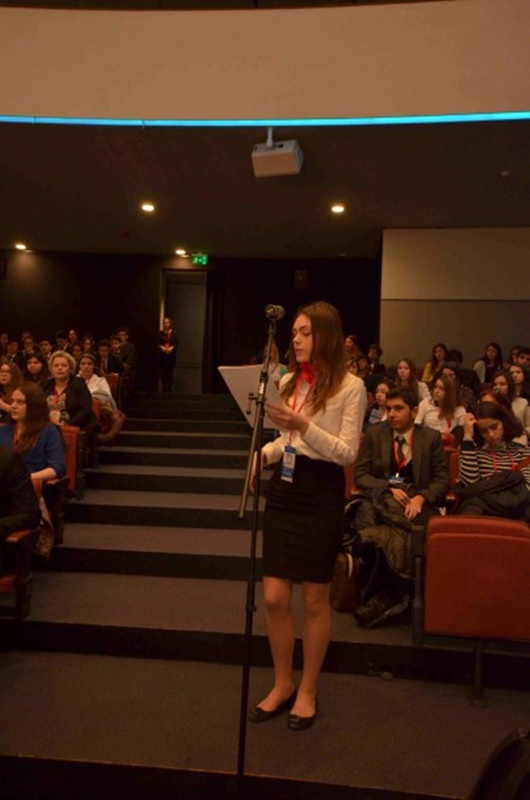 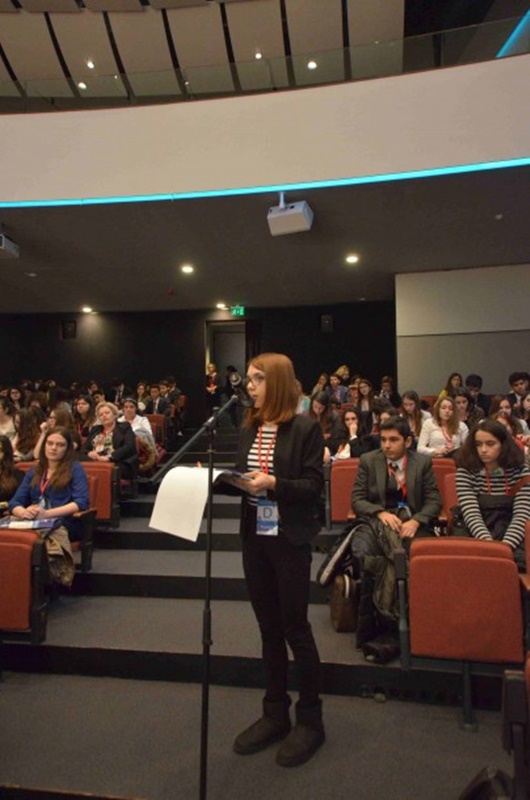 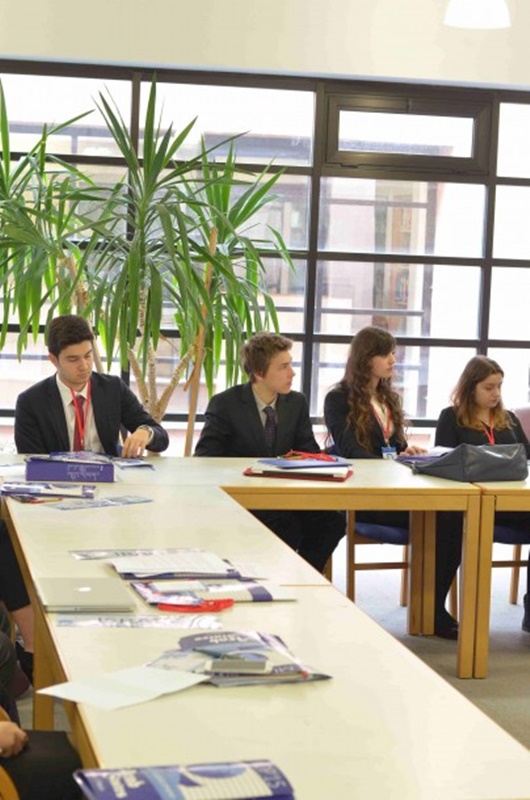 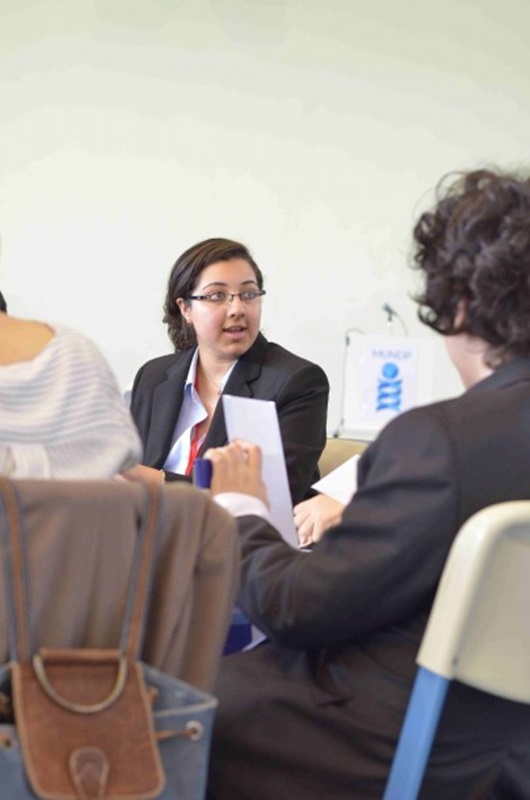 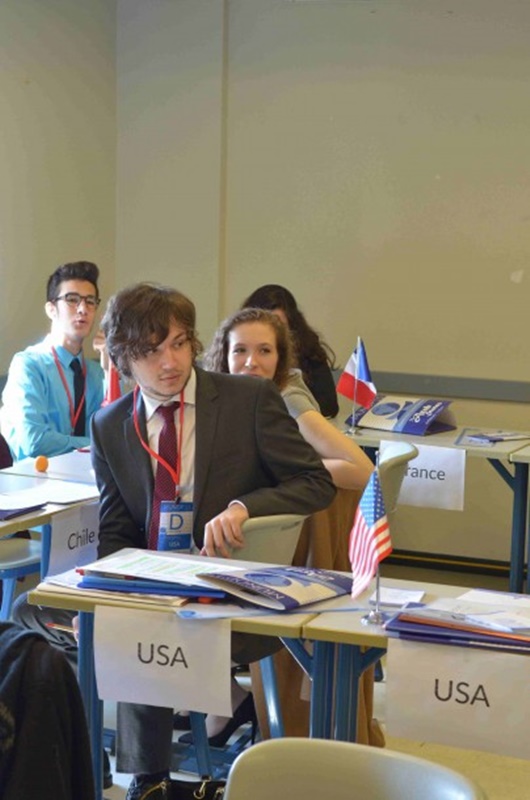 The MUN team attending the conference in Istanbul have settled into their respective committees. The first day of our stay was dedicated to a student and cultural exchange experience. Each of our students had a unique insight into aspects of life in Istanbul. While some host families took our students to visit the buzzing Taksim sector, other groups explored the local markets and hit the big malls of Istanbul. From dog-walking to jogging, shopping to sight-seeing, they all spent the first day settling in with their hosts. I am sure the students will be happy to share quirky stories when we get back.

Day 2 started with an early morning tour (some of us woke up as early as 5:30 am) of some of the key spots in the European part of the city. All the international delegates had a guided tour of the Blue Mosque and Topkapi Palace.

Our group then took a brief detour to take a unique photo-shoot in traditional Turkish costumes, which the students thoroughly enjoyed.

After lunch, we embarked on a one-hour guided ferry cruise on the Bosphorus strait, going from the European to the Asian part of the city. Though just last week the city was hit by snow storm and schools were closed, we had great spring weather, making the boat-ride very enjoyable for everyone. For a sneak-peek, I have attached just a few of the amazing pictures taken by Mr Nastase.

After the relaxed tour, our students switched gears and got into their formal MUN mood for the opening ceremony that was organized at the Koc school auditorium with 600 delegates from 40 schools. The main guest speaker at the opening ceremony was Mr Faik Uyanik, the Communications Officer at UNDP, Istanbul. His opening speech gave the students some perspectives on UNDP’s plans on tackling key developmental issues at the global level. It was fascinating for instance to hear about the 16 SDGs (Sustainable Development Goals), which will be the successors of the MDGs and how they will be monitored with over 169 global targets: a massive jump from just 8 MDGs, which have not been fully met at the global level. The second guest speaker was Dr Belgin-San Akce, a professor of international security and conflict resolution, who specifically addressed issues in relation to the Middle-East, which is the over-arching theme of this conference. While they both lamented about how “no democratic state can afford too many coffins coming home”, they both stressed that increased commitment particularly in investments is needed to fight the strong-hold of terrorist groups such as the ISIS which have usurped several regions and states in the middle-east. The students were urged to exercise leadership, engagement, and partnership in their debates and negotiations.

Following the opening ceremony, we attended the diplomatic dinner at the Divan Asia Hotel, after which students returned to their host families, to catch some sleep.

The start of this third day has seen an active participation from our students. Achille, being the Ambassador of France, gave an opening speech at the General Assembly, while Catrinel and Sophia openly questioned the commitments of Saudi Arabia and Yemen, pointing out the fallacies of the promises made by their respective ambassadors. Zainab, representing Oman, is already taking the lead within the Arab League to guide the lobbying in her committee.

Addressing the Issue of Student Bullying In and Ou ...