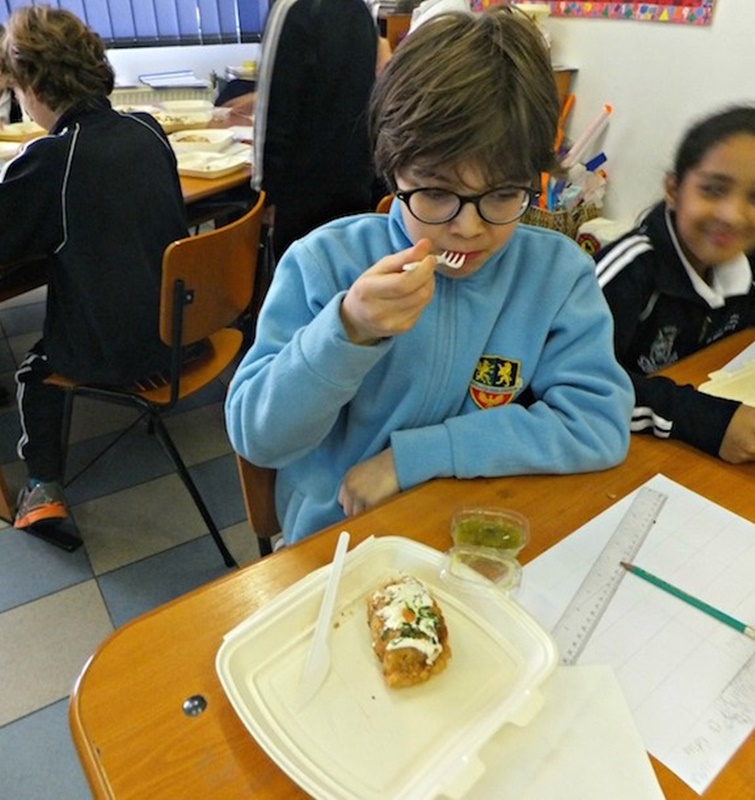 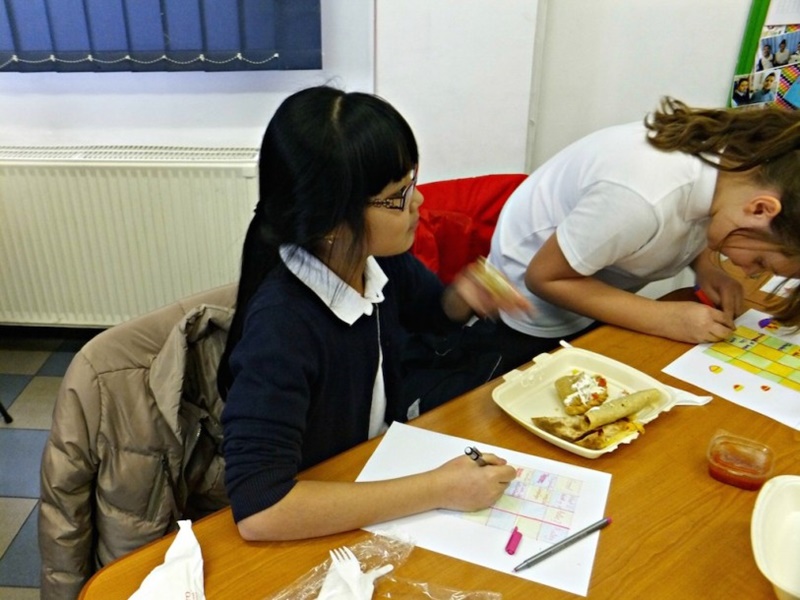 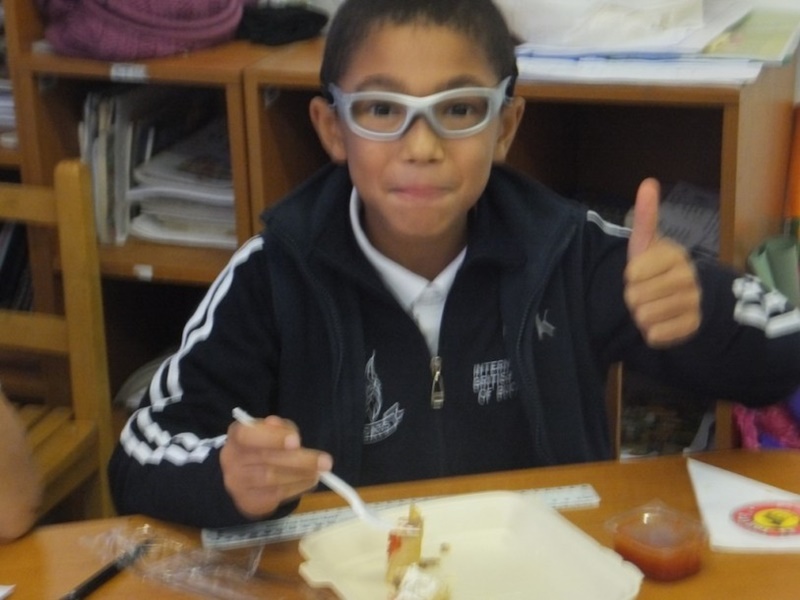 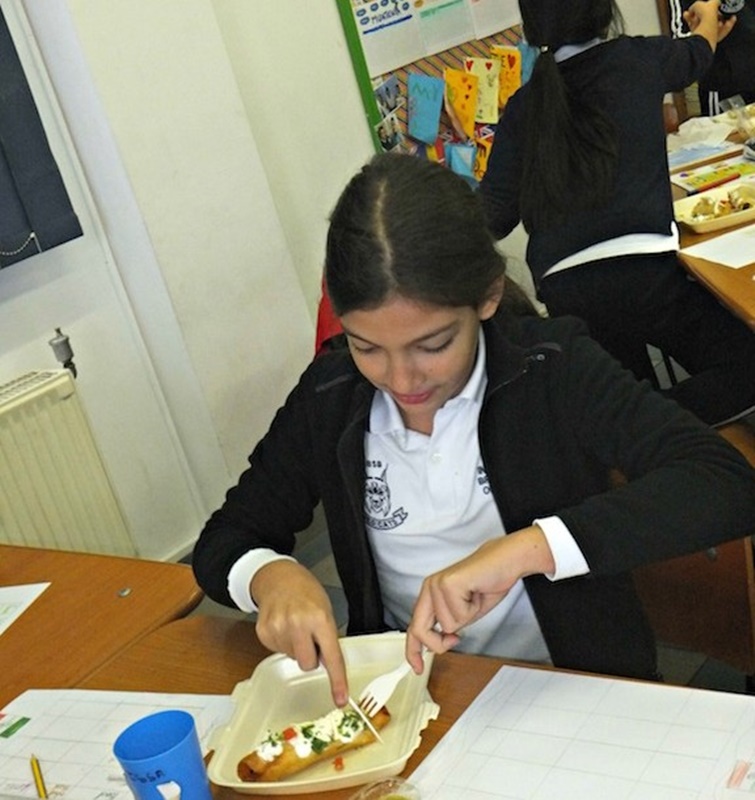 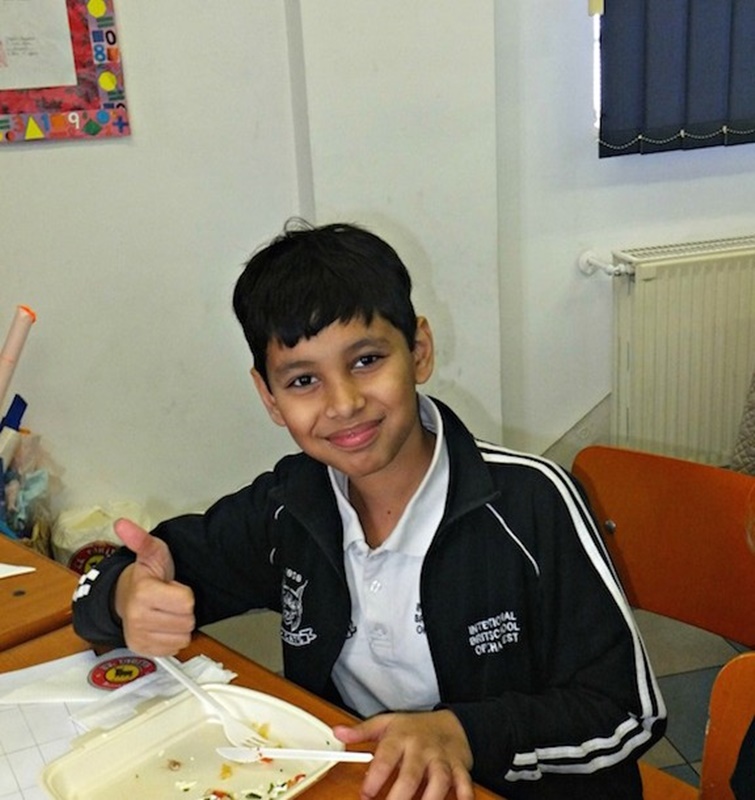 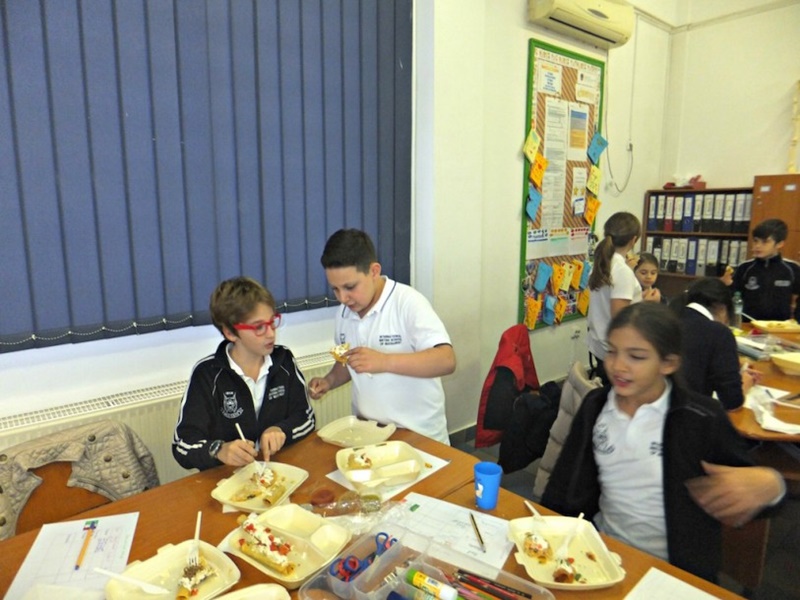 Year 6 students have had the chance to learn and find out very interesting things about the Aztecs during term 1B. We discovered, for example, that these famous people had a unique system for slavery, played sports, and were very artistic. We also experimented in the classroom to see and understand better how the Aztecs were such great builders of islands, especially considering that their capital city Tenochtitlan was built on a swampy wet area.

The Aztecs are best known for eating chocolate, but also for killing and eating people in a sacrifice to their heathen gods. And because we have talked a lot about the Aztec diet (maize, beans, insects, fish, honey, dogs, snakes, and of course the most valued cocoa beans used to make chocalate) we ordered some special treats from El Torito Mexican restaurant.

So here we are tasting some delicious Taquitos, Empanadas de Pollo, Flautas, and Quesadilla.