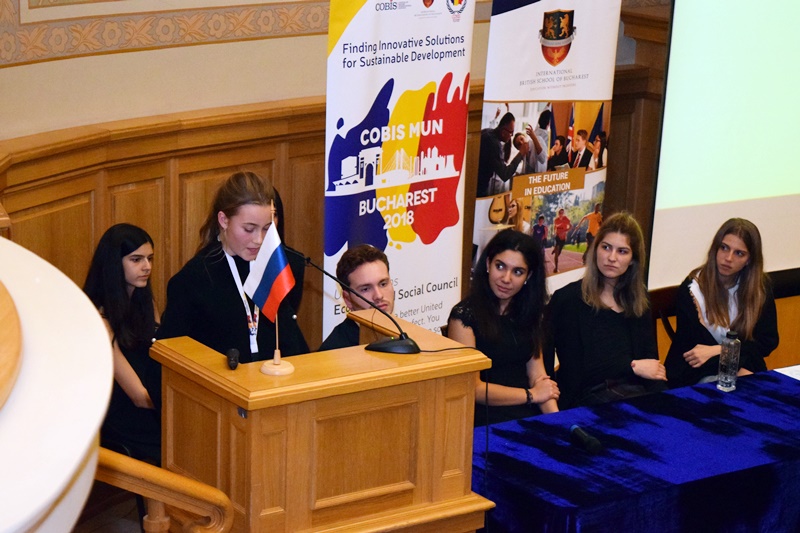 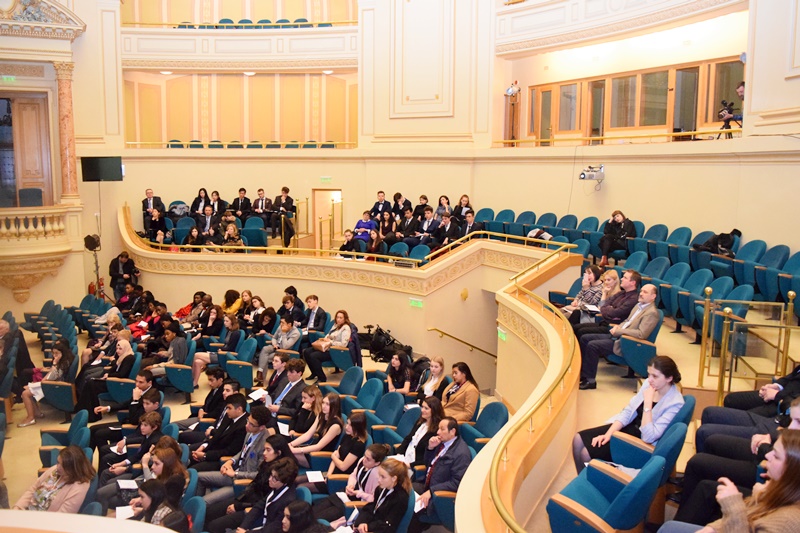 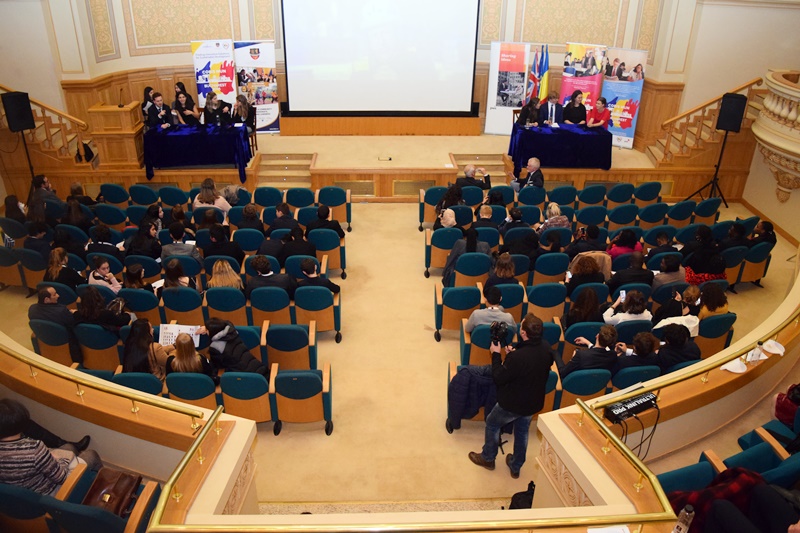 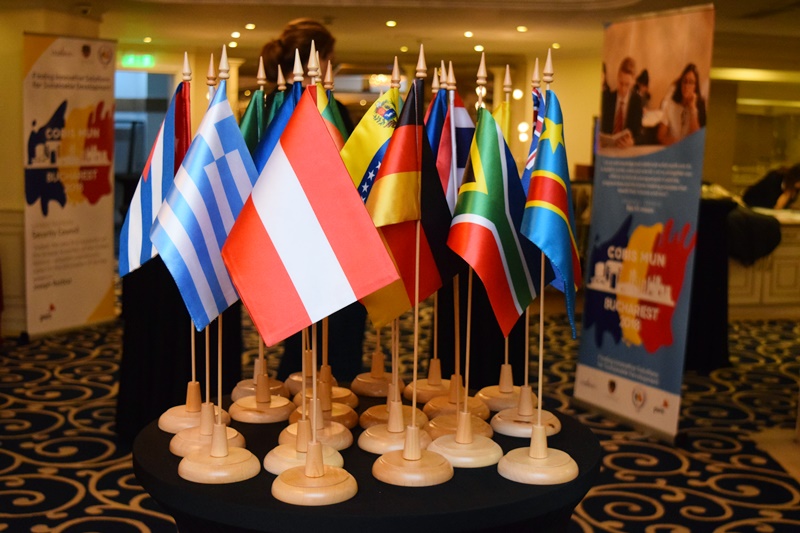 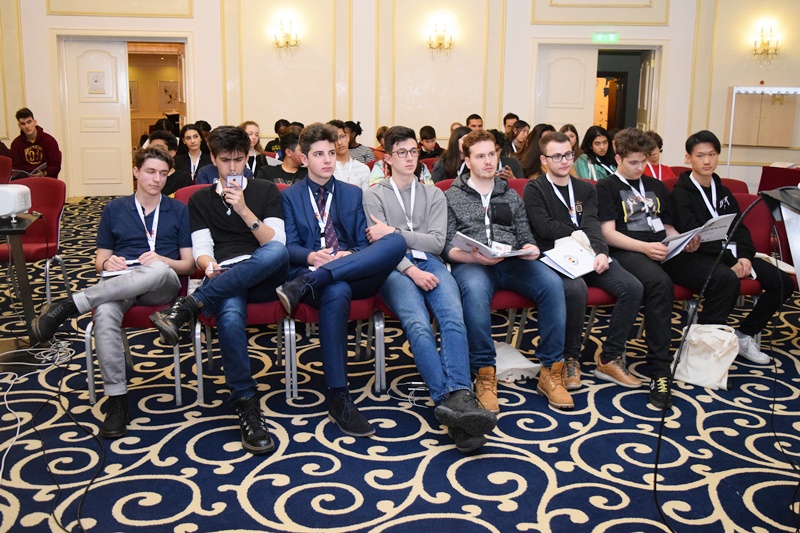 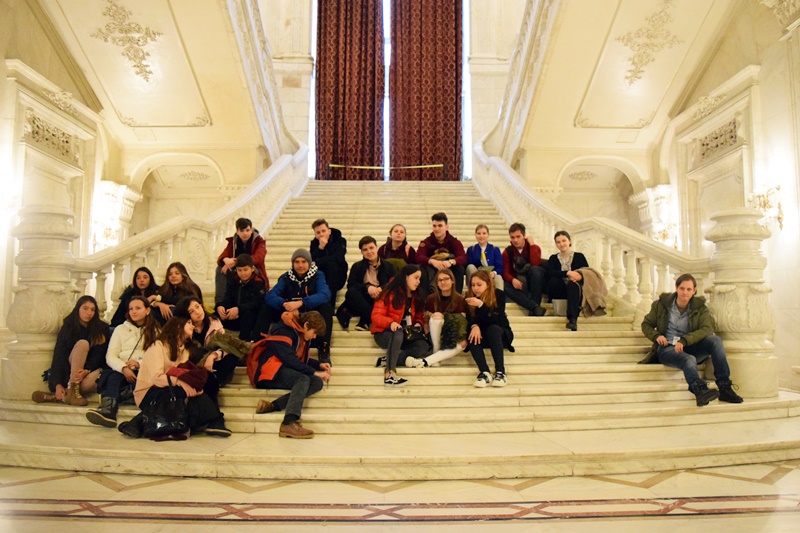 It was an exciting day for everyone participating in the annual COBIS MUN Conference on Day 1, with the students up bright and early for their city tour. The Kings College students being hosted by IBSB students were dropped off by 8:30, everyone fed and ready, and so the tour departed for Peoples Palace and the Village Open Air Museum in Herastrau Park where the students enjoying a taste Romanian culture and a lot of snow.

The afternoon was dedicated to the mock Model UN session as a lead up to the Opening Ceremony at “Carol 1”Biblioteca, with the line-up of speakers including Ionut Simon, General Country Manager of PriceWaterhouseCoopers, Colin Lovering, Chairman of the British Chamber of Commerce, Hannah Porritt, COBIS Representative, and Peter Built, the UN Representative to Romania.

Next up was the Diplomatic Diner at the InterContinental with a number of ambassadors present, seated at the tables with the students, including the Austrian, Nigerian and Indian Ambassadors, the Canadian Charge D’ Affairs, the First Secretary from the Belgium Embassy, and several representatives from the British Embassy, including Doyin Adele-Shiyanbola, Head of Political Section, to name just a few of the invited guests. It was a wonderful night with more speeches over dinner, some traditional Romanian dancing, and plenty of conversation in good company. It really was the perfect start to what will surely be a memorable MUN for all.