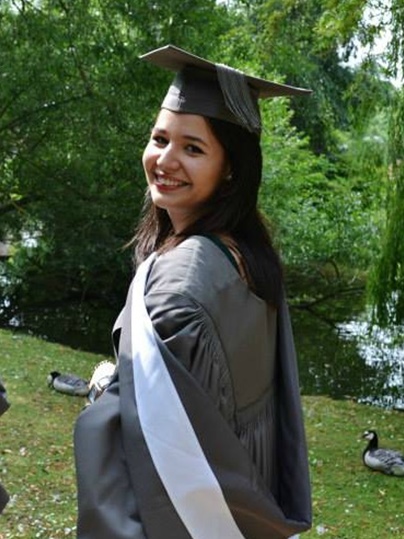 Hey! I’m Sabina and I graduated from IBSB in 2010! I moved to IBSB in 2007 and, due to the flexibility of the system and with the support of the teachers, I was able to finish highschool in three years instead of four. This was one of the first things I appreciated about being a student at IBSB. I graduated from school having completed A-Levels with A*AB, as I was lucky to study Psychology with Ms. Johanna Croci, French with Ms. Gabriela Hingley and English Literature with Mr. Roy Chambers. I also did a number of AS-Levels such as Spanish, Sociology, Art and Maths.

What I did at University

After highschool I went straight to the University of York, in the UK, to study History of Art. The A-Level grades obtained with the support of my teachers, as well as the numerous extra-curricular activities organized by the school (such as work experience and charity work), were important factors in this success. In England, I was really grateful to realize what a huge difference it made to have been already studying in an international, English-speaking environment.

After graduating from York I went on to do a Master’s degree in Cultural Heritage Studies at UCL, in London. Since I loved to travel and had wanted to work in the field of heritage conservation ever since I started studying at York, I took a job opportunity in Shanghai after completing my MA. Therefore, I’ve been working for just over two years at the World Heritage Institute of Training and Research for Asia and the Pacific Region (WHITR-AP, Shanghai), a UNESCO regional center, doing research on heritage issues in the region and coordinating a series of capacity building programs.

In England, I was really grateful to realize what a huge difference it made to have been already studying in an international, English-speaking environment.